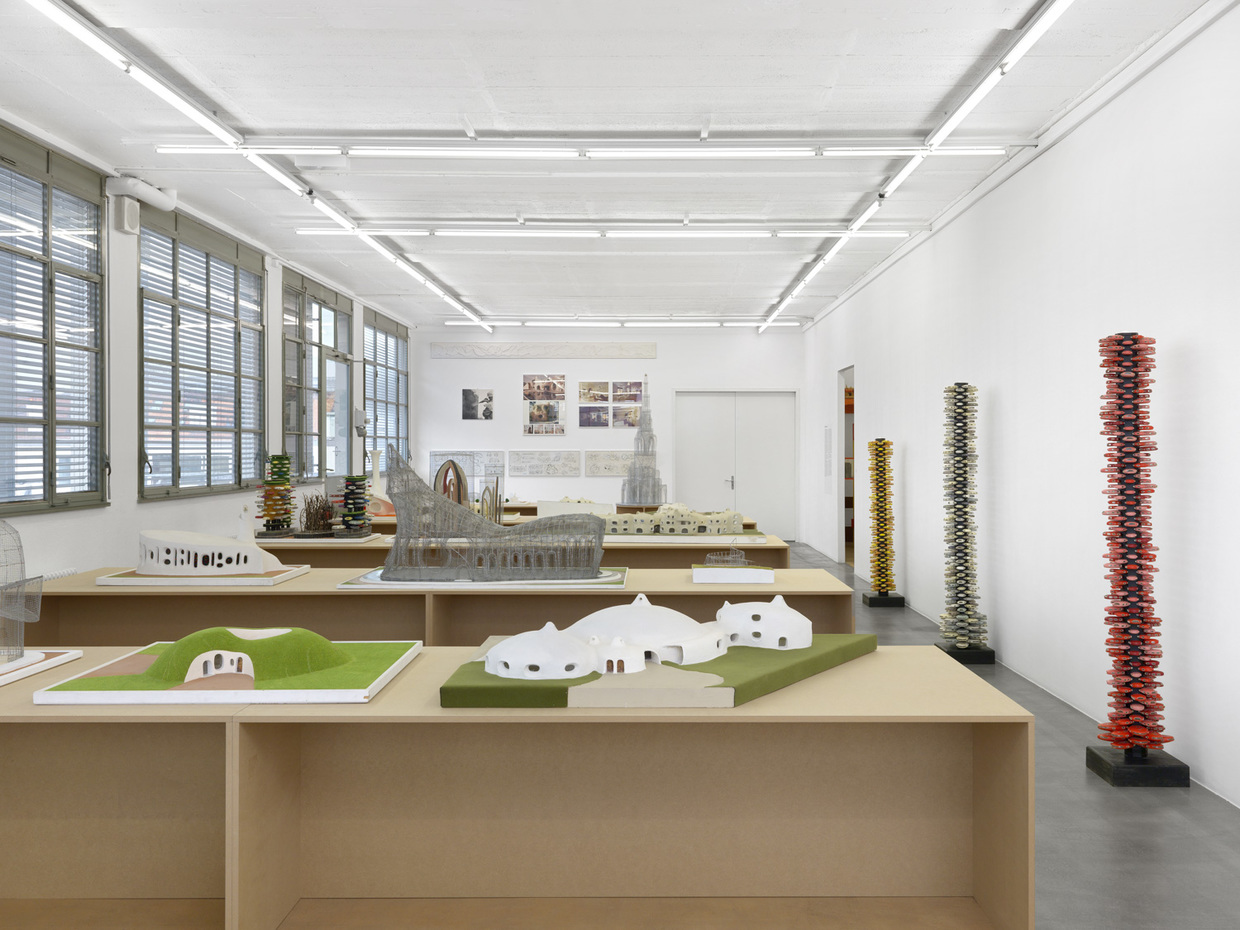 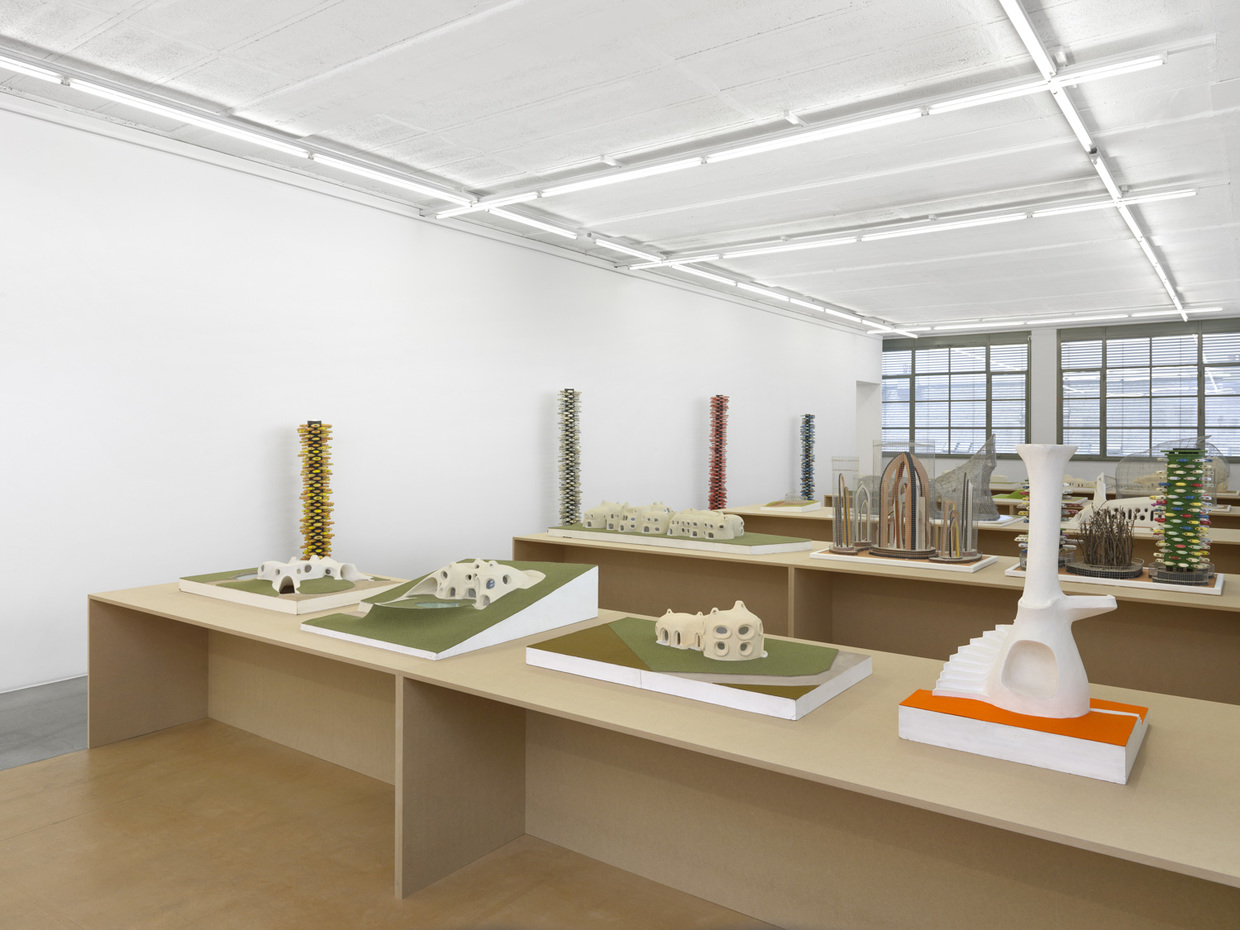 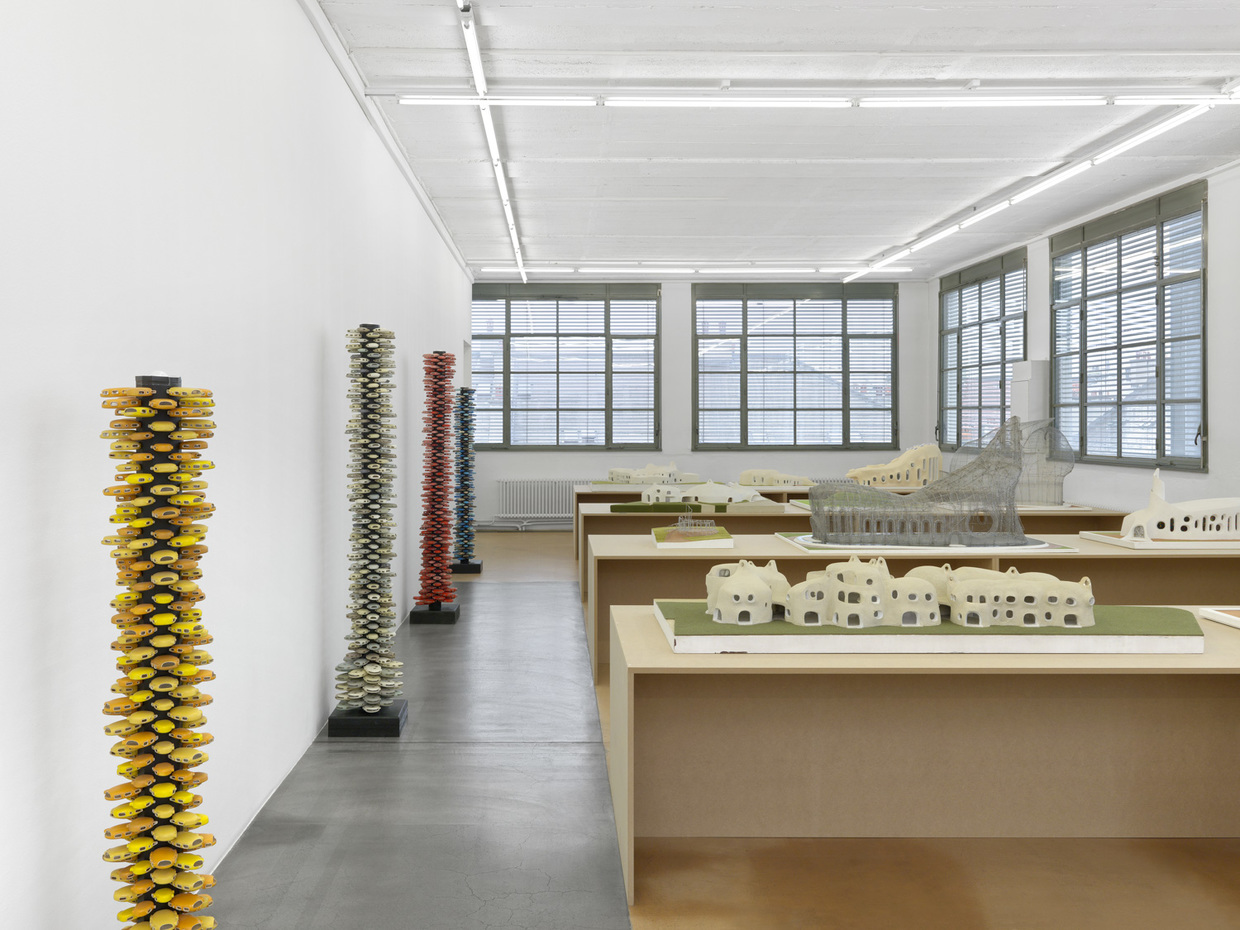 These architectural models were produced by Daniel Grataloup (b. 1937) between 1969 and 2021. Grataloup studied fine and decorative arts in Paris and went on to patent his own construction method in 1966. Alongside Pascal Häusermann (1936–2011) and Jean-Louis Chanéac (1931–1993), he was a pioneer of architecture prospective (forward-looking architecture), a style that was widely debated on the Geneva scene in the early 1970s. His distinctive works—referred to as “sculptural architecture” by French art critic Michel Ragon—combined sprayed concrete, the mollusk shape, and “multi-shell” structures.

In 1968, at the invitation of Jacqueline Jeanneret, Grataloup moved to Geneva, where his experimental style was welcomed with open arms. The following year, he designed the Temple Saint-Jean in La Chaux-de-Fonds, using his patented sprayed-concrete-on-metal-frame technique to create a spiral, ellipsoid-shaped building with no corners. In 1972, he began receiving commissions for private residences. In Anières, for example, the interior layout is influenced by the topology, by natural light and—most importantly—by the way in which the residents occupy and move within the space. He went on to design various other homes: in Le Grand-Saconnex (1974), Conches (1976) and Lissieu, France (1975).

In the mid-1970s, Grataloup turned his attention to multi-unit housing. He designed vertical urban buildings with a central column (for occupant movement and utilities) to which prefabricated, shell-shaped units were attached.

The models on display here underscore the various scales at which Grataloup works —from tall, multi-occupant buildings to residences and low-relief structures. These models also carry different statuses: some show the building’s load-bearing structure or interior layout, while others are very much conceptual or experimental in nature. In 2012, the Museum of Modern Art (MoMA) in New York acquired a number of Grataloup’s drawings and models for its collection.

Despite the canton of Geneva’s misgivings about Grataloup’s architectural style in 1976, the Department for Planning, Housing and Energy (DALE) added every one of his designs to its register of listed buildings in 2015.