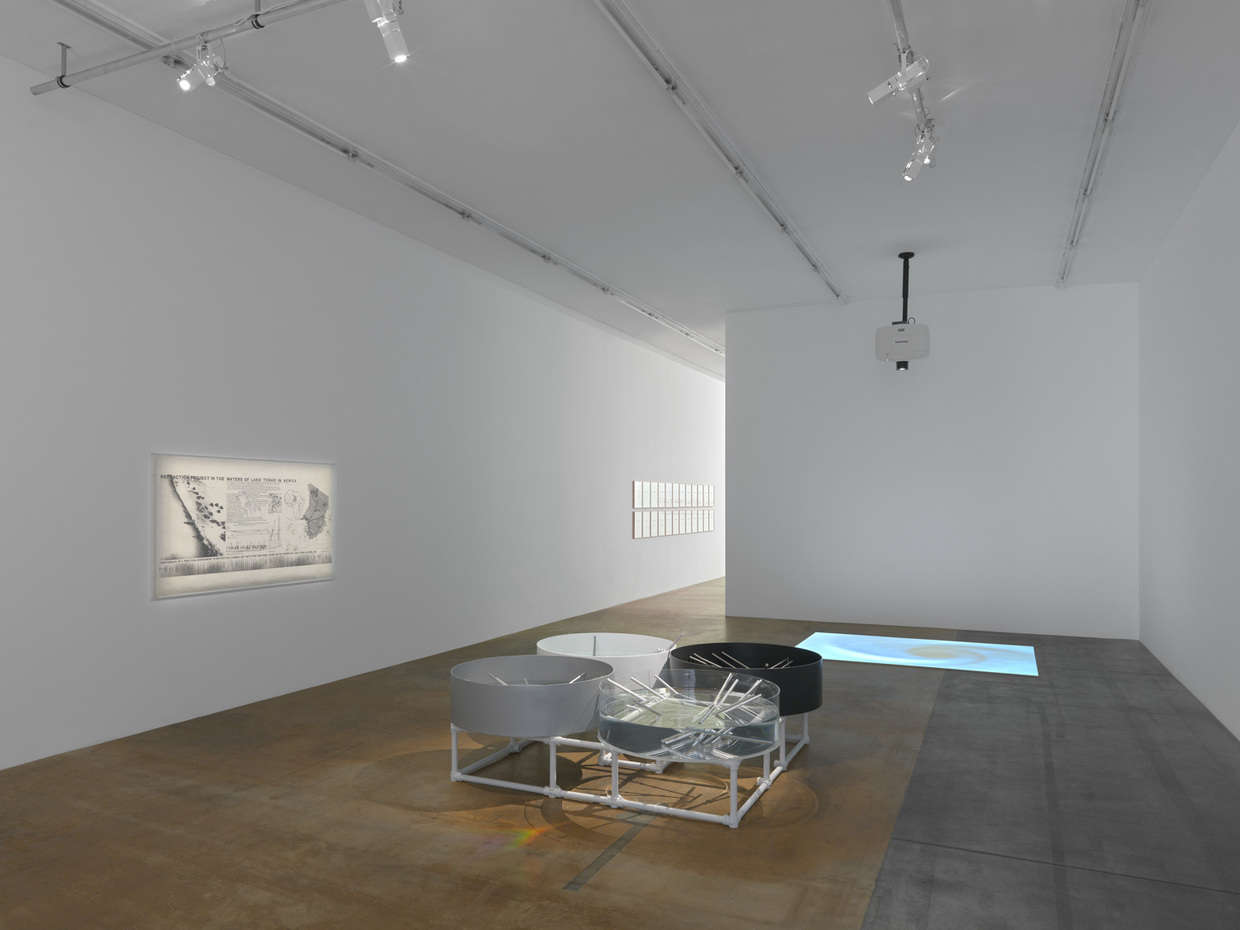 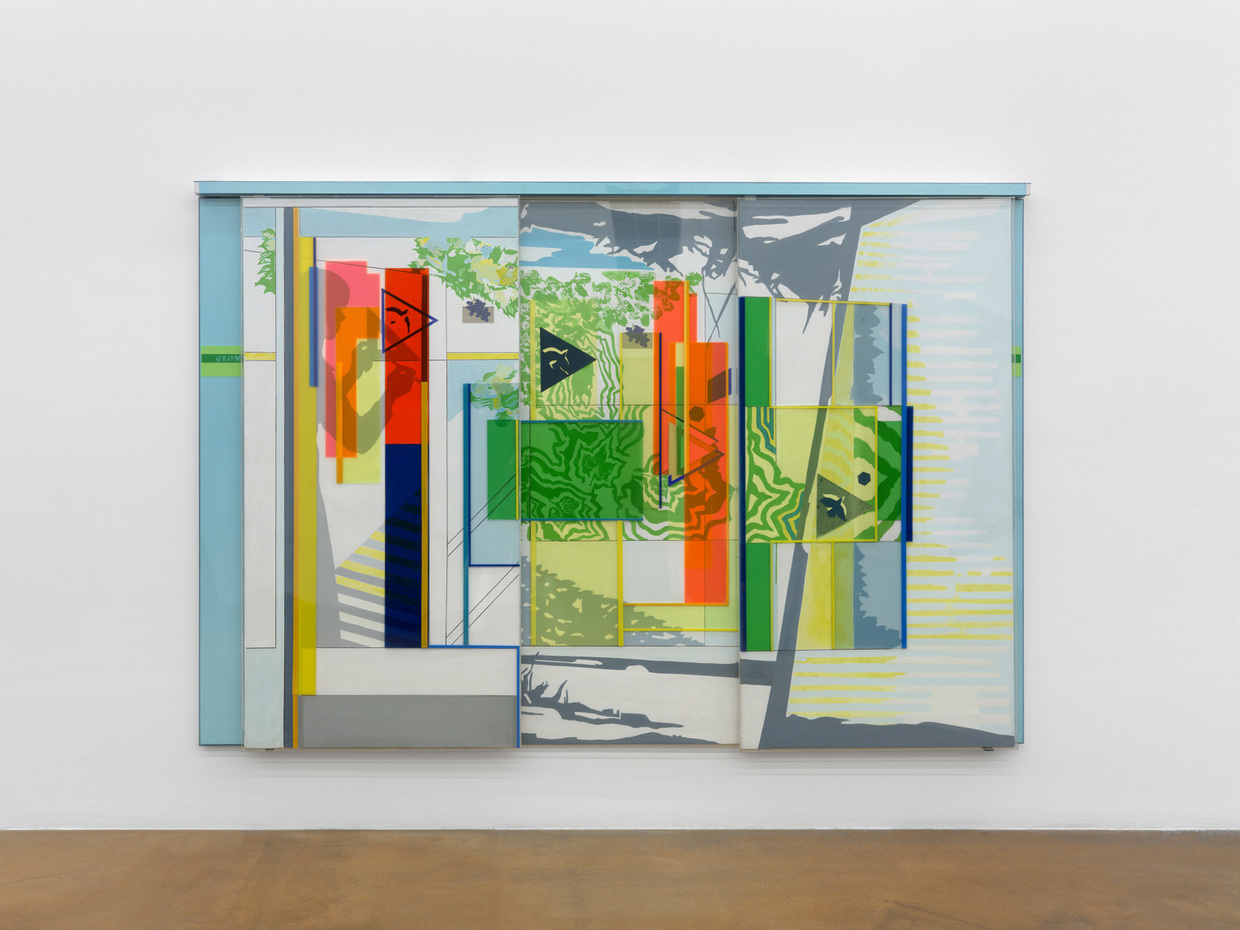 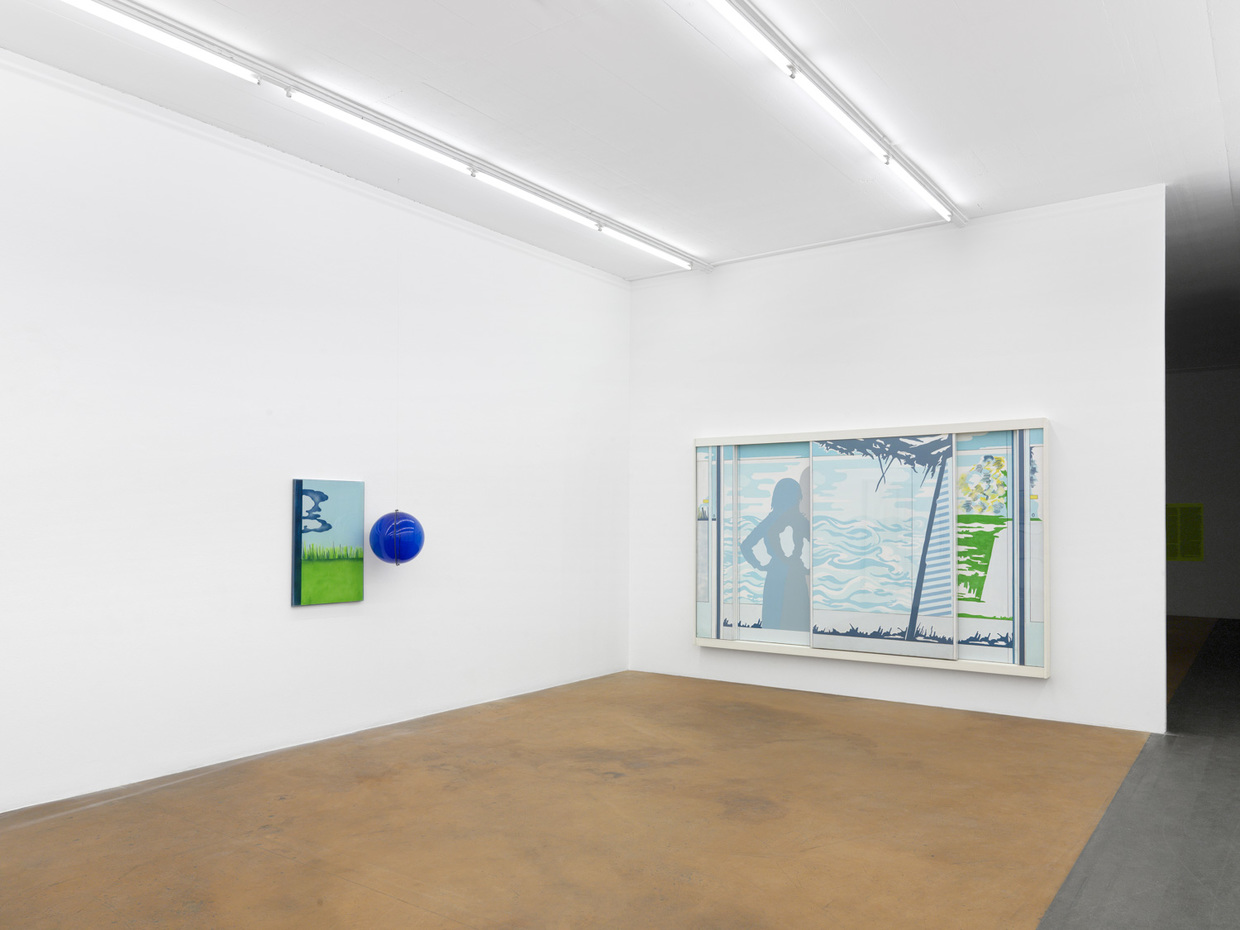 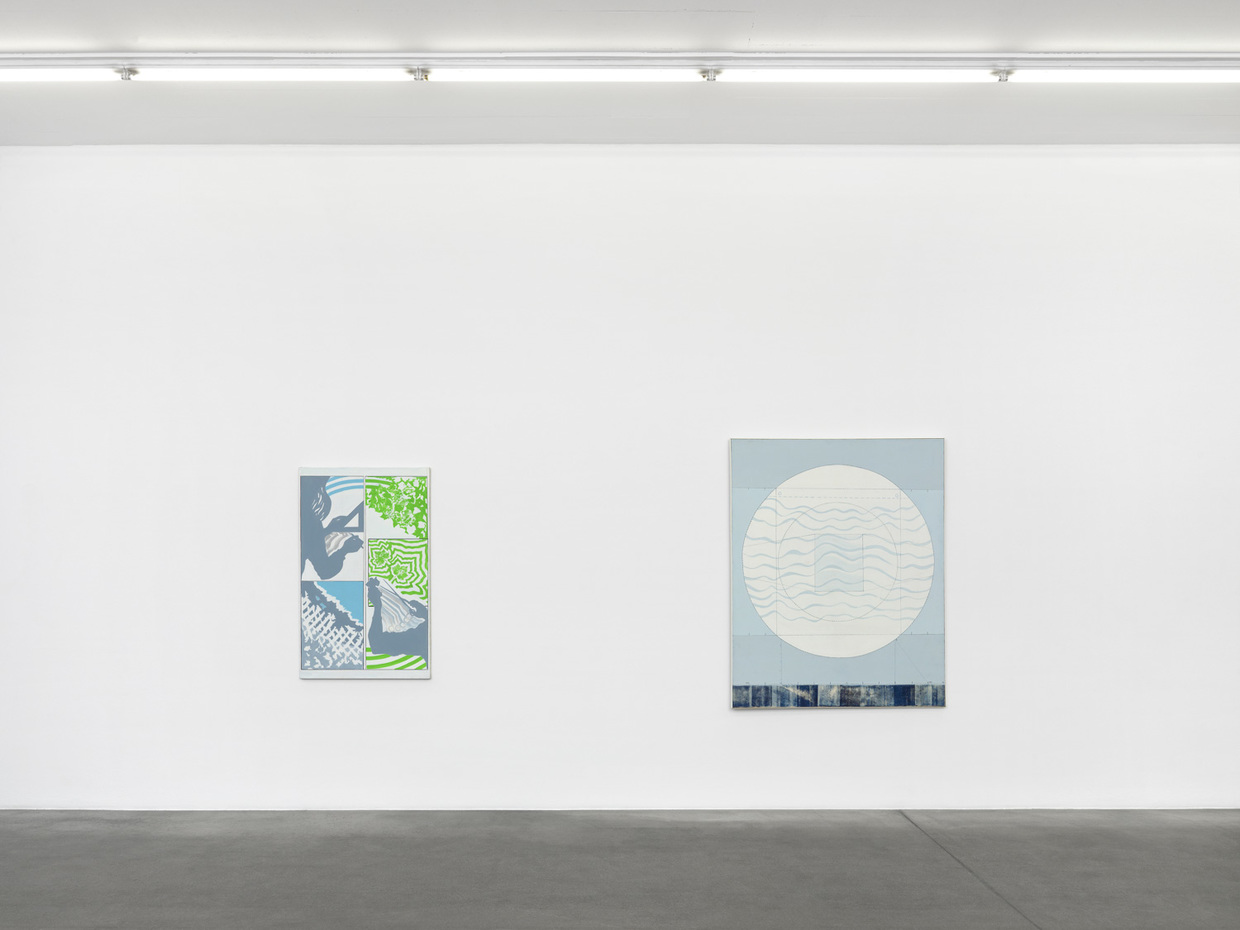 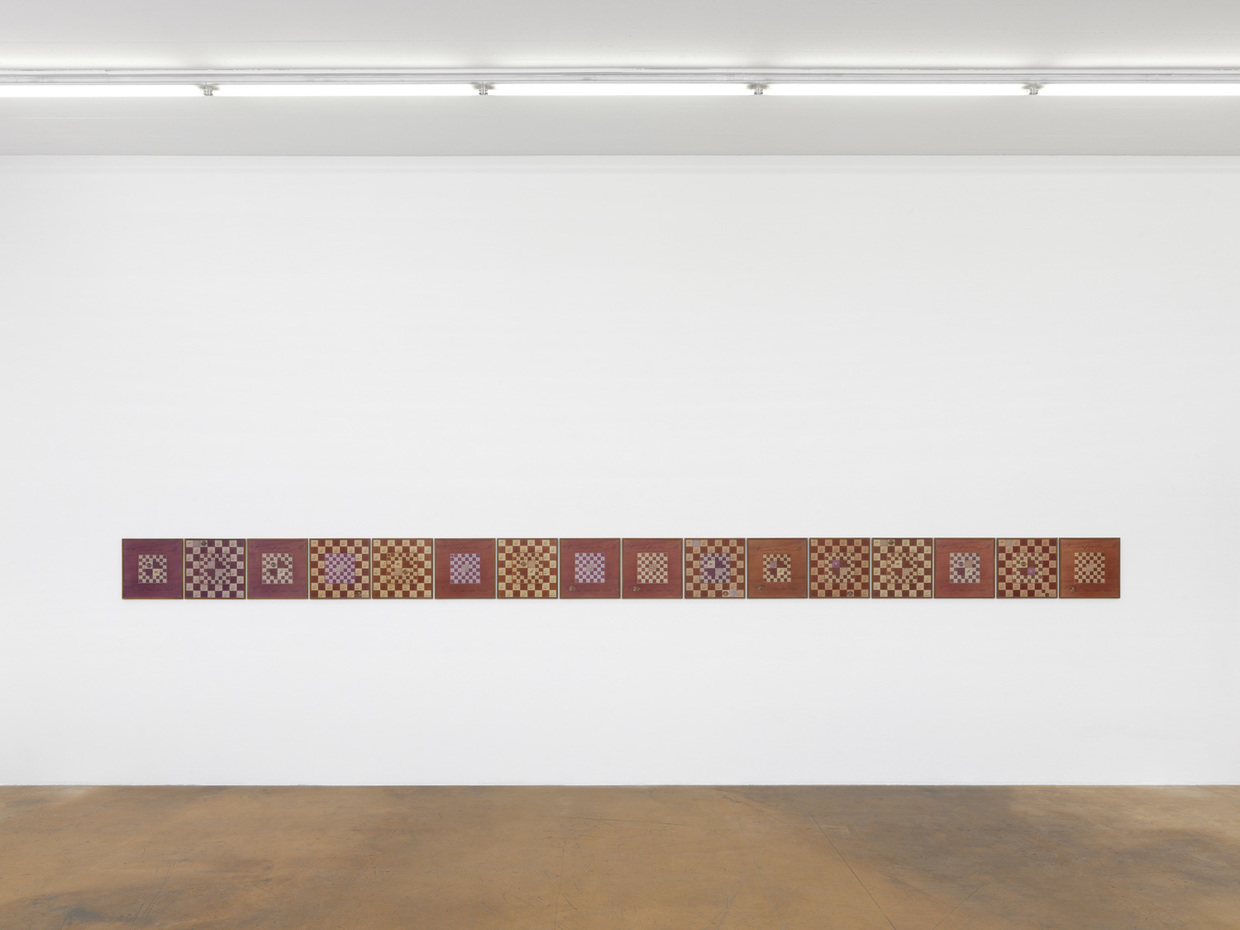 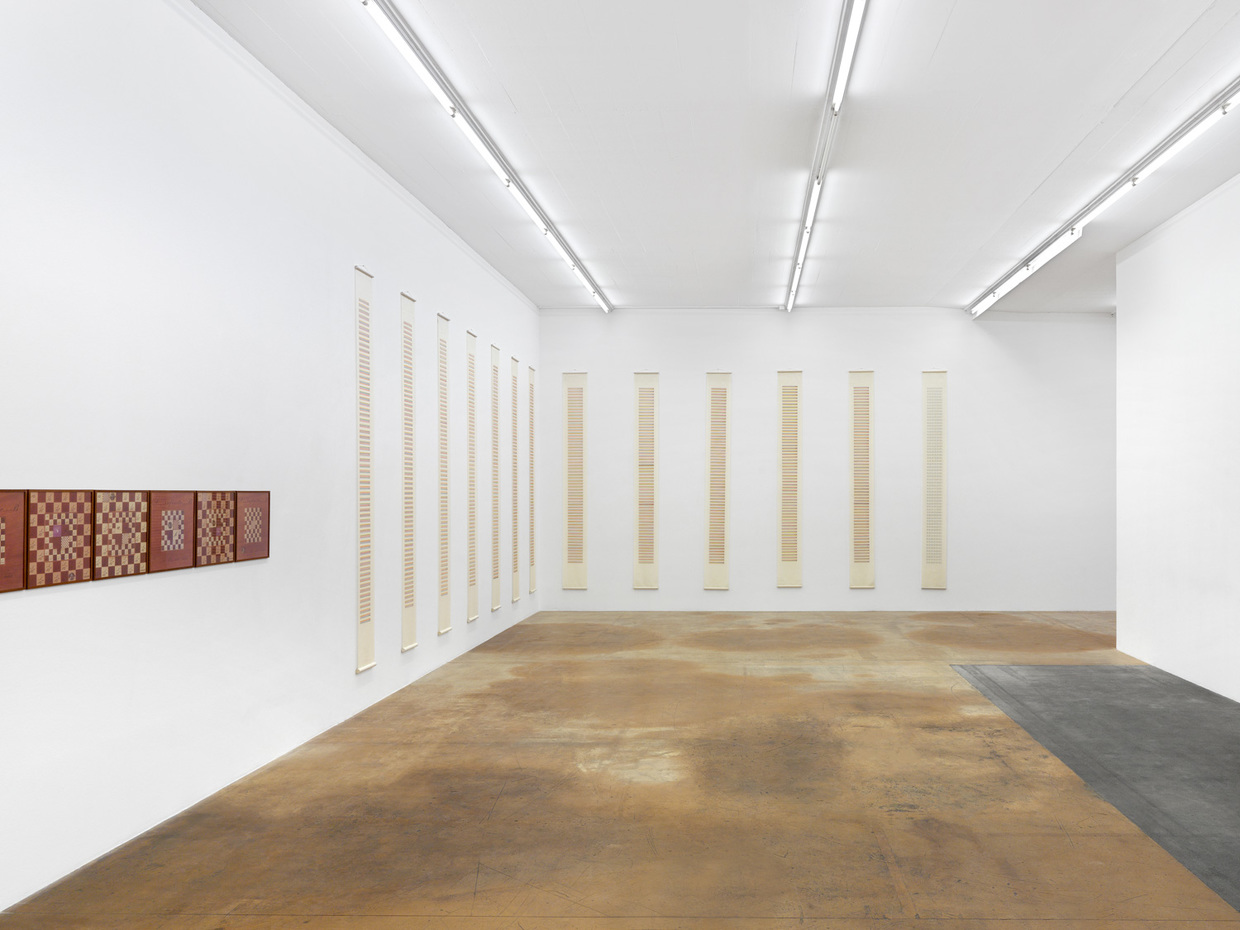 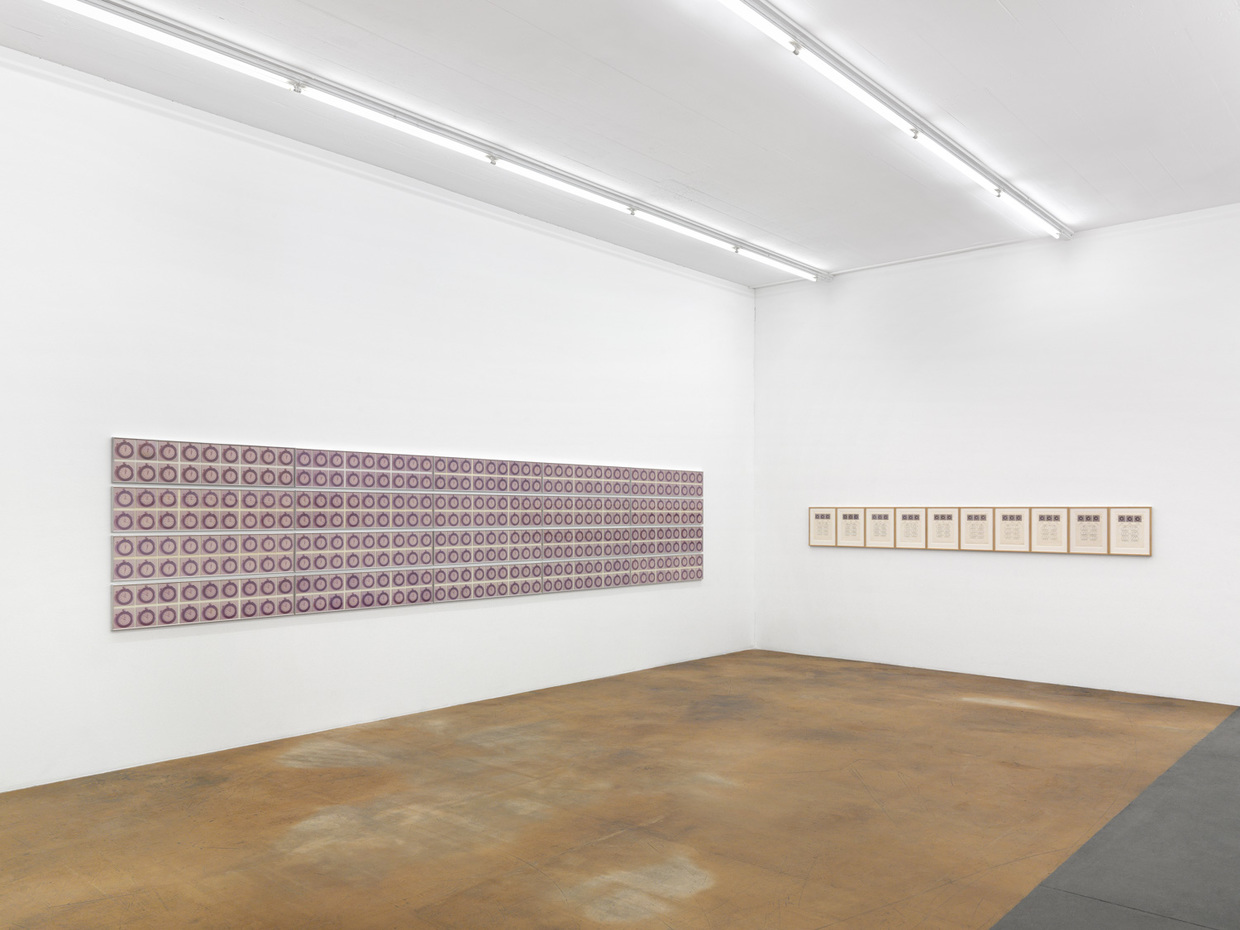 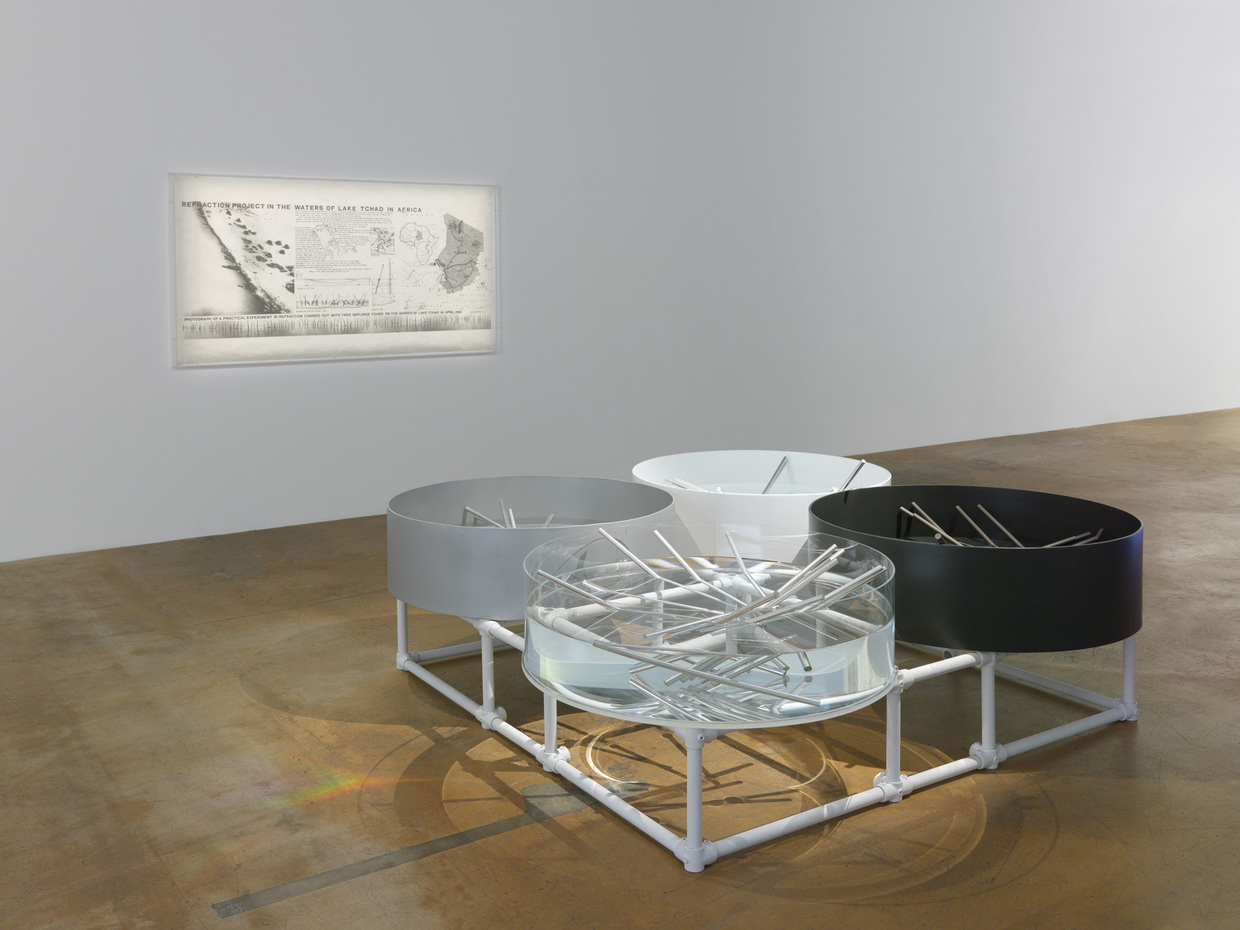 With a multiplicity of activities that take the “journey” as their fundamental condition, Italian artist Laura Grisi (1939–2017) embodies a nomadic female subject defying the politics of identity, the univocal nature of representation, and the unidirectionality of time.

The urgency of topics she addressed determines the nature of her recent rediscovery: a renewal critical attention that goes beyond the reappraisal of her contribution to Conceptual art, but also concerns gender and, as Teresa Castro recently put it, “eco-feminism.”

In 1969, Grisi created Volume of Air, a cubic room completely white and filled only with air. No image nor any other thing appeared to those who crossed the room, as if there was simply nothing there. Nonetheless, thanks to the neon light, a sort of whitish dust permeated the environment, defining a volume that was both dense and elusive. Anything but a sign of absence, an aerial matter that eludes visibility. It is precisely the recognition of air’s role in Grisi’s work that fundamentally separates her from other artists of the Arte Povera movement: “I didn’t want a painting or a sculpture containing air, earth, or water, the artist stated. I didn’t want air, earth, or water to become objects. I wanted to recreate the experience of natural phenomena.”

Her “meteorological” environments since 1968 intended to reproduce natural elements (or forces) such as fog, rainbows, rain, vortexes, sand, stones, etc. One can draw here a parallel with researches by contemporary women artists such as Judy Chicago, Maria Nordman, Teresa Burga, or Joan Jonas, to name just a few. However, for Grisi, air is a medium. Neither reified into an artistic object, nor the subject of scientific study. As feminist theorist Luce Irigaray asked: “is not air the whole of our habitation as mortals? Is there a dwelling more vast, more spacious, or even more generally peaceful than that of air? Can man live elsewhere than in air?”

Volume of Air is a first phase, however paradigmatic, in the cycle of metamorphosis through which Grisi gives space to the atmosphere, to its changes of pressure or temperature, to evaporation or condensation. Or, rather, it represents only one of the instances where the artist uses the atmosphere as the generator of spaces—a series of environments in which natural phenomena are artificially reproduced and transposed inside the exhibition space.

The wind is central to her intervention for the Teatro delle mostre at La Tartaruga gallery in 1968. Fog appears in 1969 (together with luminous columns) in the courtyard of Rome’s Marlborough gallery. Rain is presented in Grisi’s solo exhibition at Cologne’s Galerie Thelen in 1970. A whirlpool is the subject of a 16mm film projected onto the floor inside a circular space. A rainbow “machine” recreates “all the colors of the spectrum that air, which is colorless, lets pass through.” These are all chapters from a broader project, partially unrealized, given that the artist promised that “there will also be hail, and the condensation and cooling of air.”

There were thus many reasons for the international recognition of this environmental aspect of Grisi’s work: she was included in the seminal exhibition by Virginia Gunter at Boston’s Museum of Fine Arts in 1971, Earth Air Fire Water: Elements of Art, which demonstrated the “environ-mentality” that pervaded the art of this time. She exhibited together with Hans Haacke, Dan Graham, Christo, Michael Heizer, Allan Kaprow, Dennis Oppenheim, Richard Serra, and other artists close to the “earthworks” movement which emerged in the 1960s. However, in Grisi’s work, the tension between the macro- and the micro-scale (the universal and the particular, the past and the future) is presented by means of a radical attention to the minimal, the marginal, the “degree zero”: the sound of drops of water or the growth of a plant, the classification of found pebbles, the color of mango leaves, the strength of the wind…