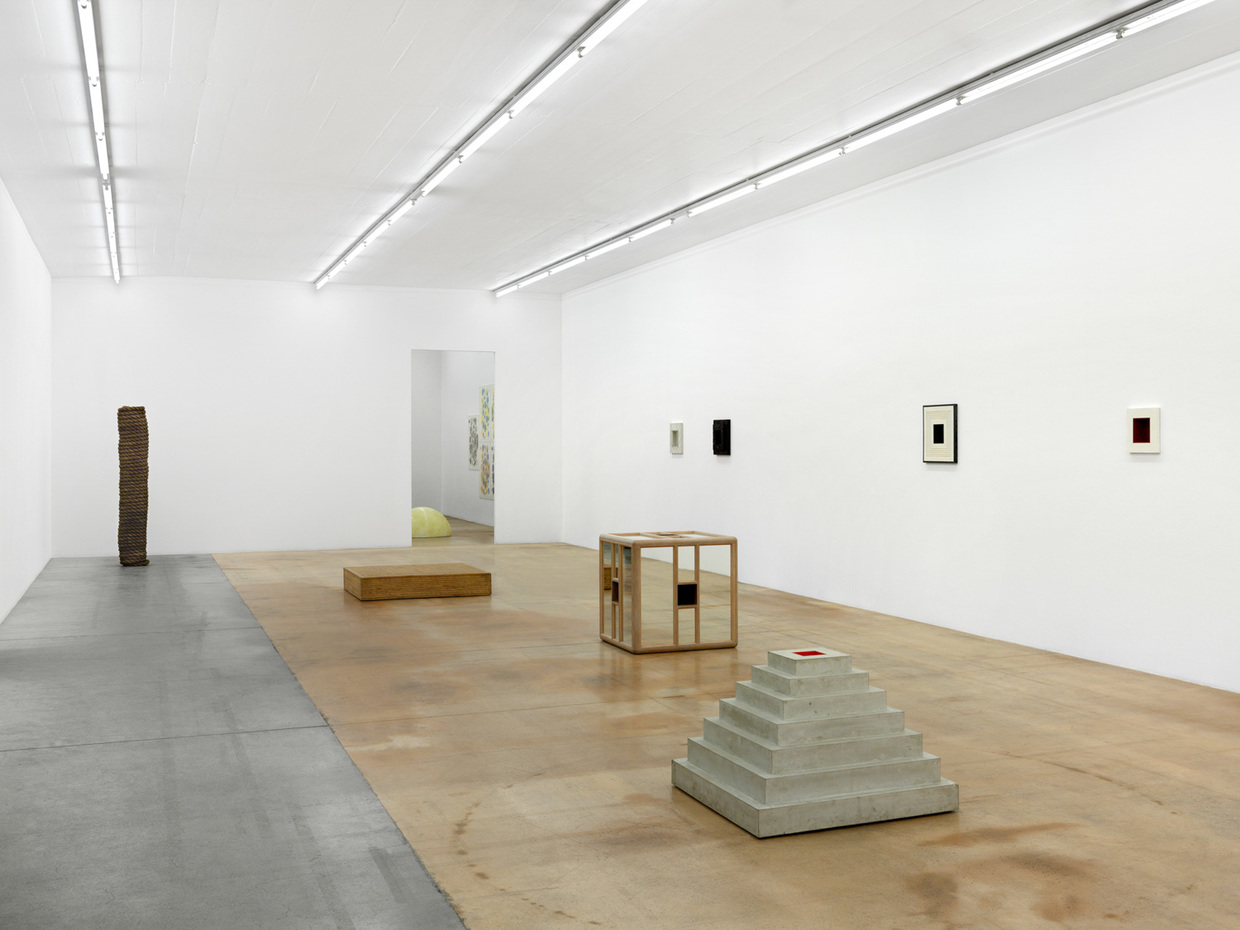 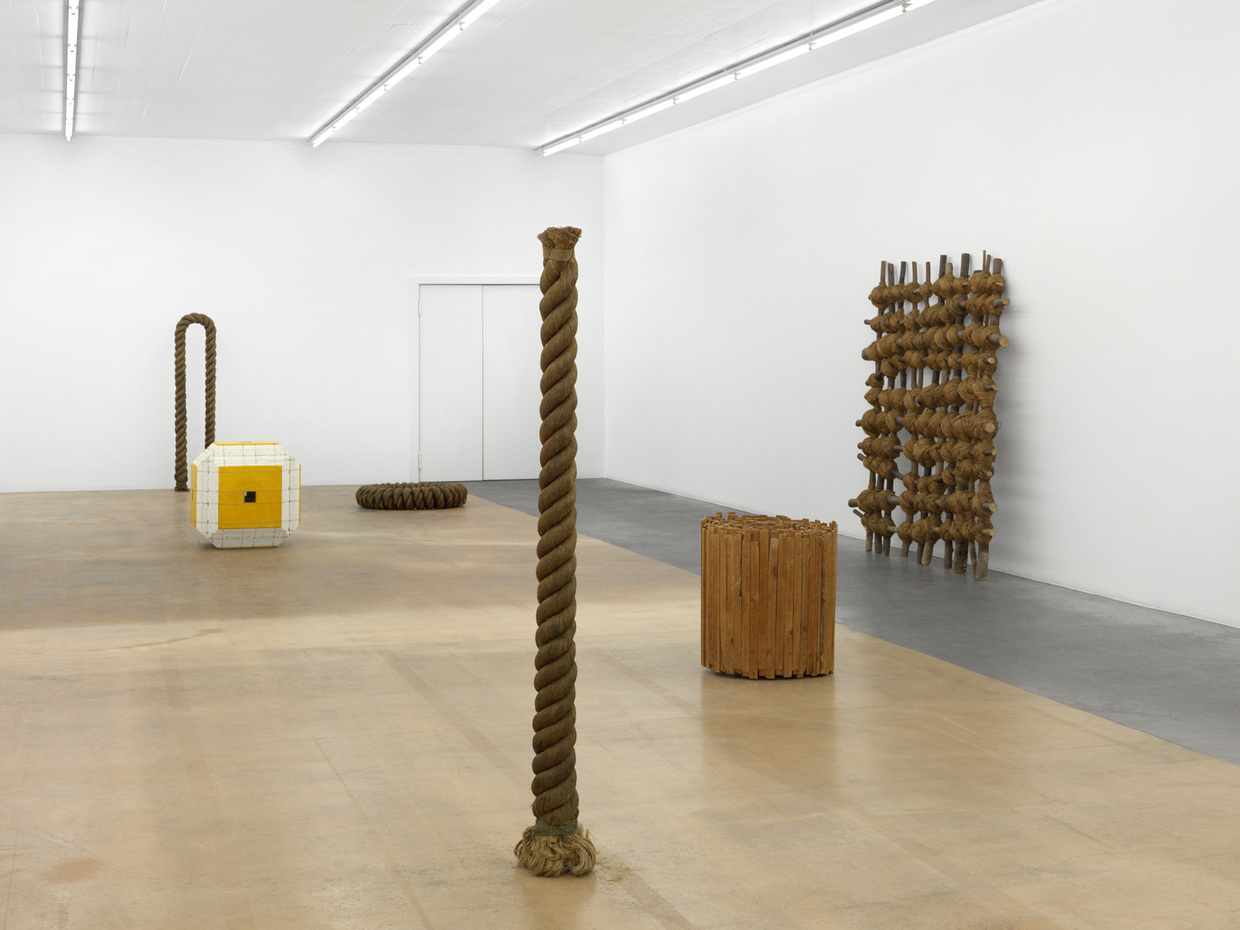 Since the late 1960s, Jackie Winsor (American, born in Canada in 1941) has been making sculpture that expands a Minimalist vocabulary, using unrefined materials and grids to investigate process and labor.

Her work, which developed in the early 1970s as a reaction to Minimal art, has first been characterized as “post-Minimal,” “Anti-form,” and “Process art.” Informed by her own personal history, Winsor's sculptures from this period indeed sit at the intersection of Minimalism and feminism, maintaining an attention to elementary geometry and symmetrical form, while eschewing Minimalism's reliance on industrial materials and methods, through the incorporation of hand-crafted, organic materials.

As Lucy Lippard wrote in the 1970s, “her materials are plywood, pine, rope, brick, twine, nails, lathing, and trees. From them she makes compact objects, natural and easy in their physicality; unpretentious, but formally intelligent in their use of a tension between material and process, process and result … Winsor lists her central concerns as ‘repetition, weightiness, density, and the unaltered natural state of materials.’ I would have added scale, obsessiveness, time, nature, and a visceral body reaction verging on the sensual … Repetition in Winsor’s work refers not to form, but to process; that is, to the repetition of single-unit materials which finally make up a unified, single form … The basic order, or geometry, in Winsor’s work is always thwarted by action or by nature, by the materials’ or the process’ inclinations toward their own identities. Many women artists working with geometry and obsessive repetition … have come into their own by using a rectilinear framework primarily to contradict it.”

Since the 1970s, Winsor also used chance procedures and performative actions to determine the final outcome of her sculptures, exploding and reassembling a cube with 20’000 nails patiently hammered into its surface, or attaching to the back of a car a piece covered with 50 layers of acrylic paint to drag it up and down a sidewalk.

With the series of wall inset pieces, started in the 1990s, she seems to allude to painting, but also explores the creation of a “negative space.” As in the “cuts” in buildings of Gordon Matta-Clark, whom she befriended in the early 1970s, her “windows” open a void into the wall, thus transforming the space within which they are exhibited.

In 1979, a mid-career retrospective of her work opened at MoMA and in 1991 Milwaukee Art Museum organized a touring retrospective. P.S. 1 inaugurated its newly renovated space in Long Island City, Queens with a retrospective of her work in 1997. More recently, her one-person exhibition was held at the Aldrich Contemporary Art Museum, Ridgefield, CT in 2014-2015. MAMCO’s exhibition offer an overview of her practice by gathering works from the 1960s to the 2000s.