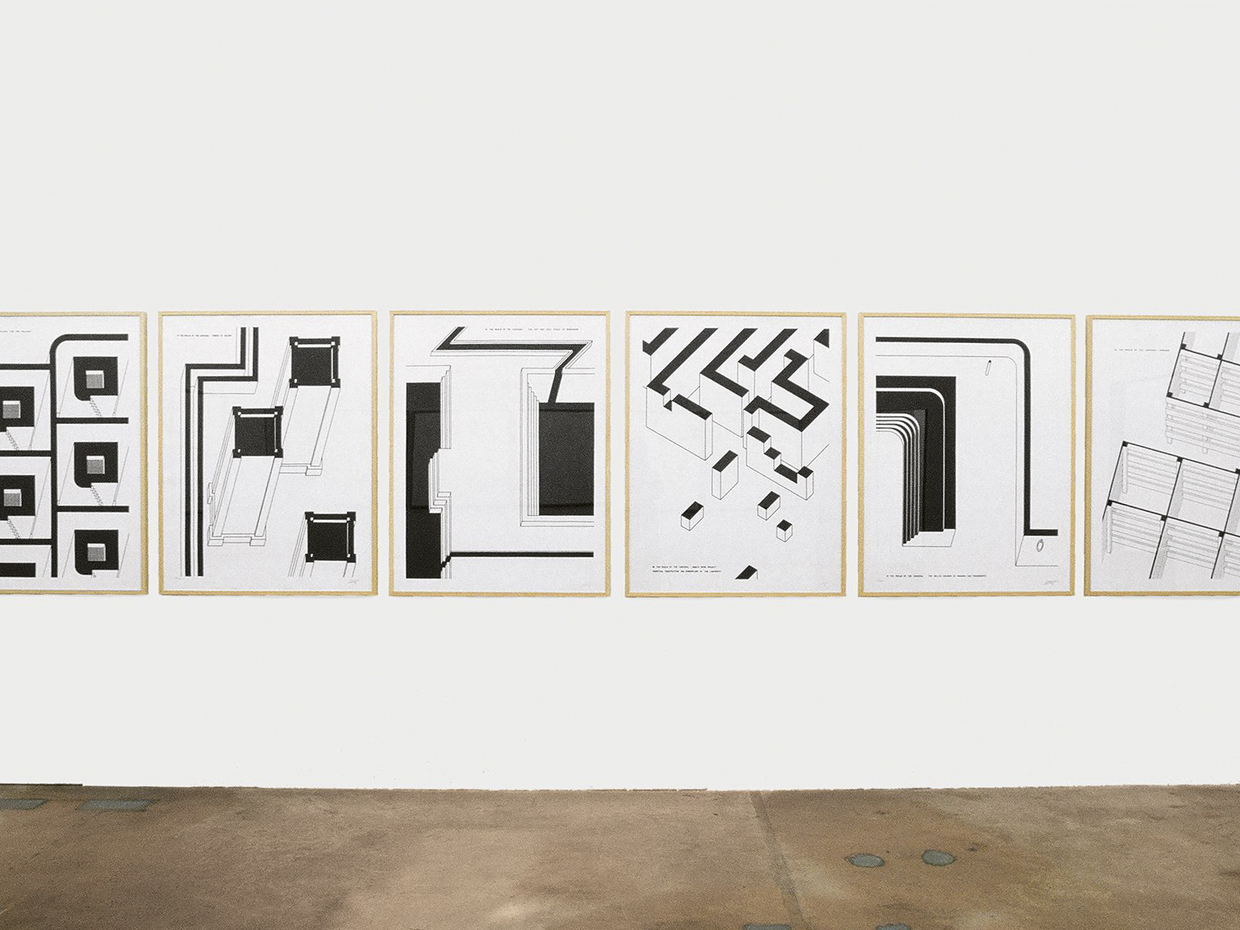 In the United States, the 1960s and 1970s were a time when the definition of art was undergoing a complete overhaul. The movement would forever change contemporary assumptions about the status of a work of art, the role of the artist, and the involvement of the viewer. The relationship of the work to its contexts of presentation, creation, and conservation was being rethought. So-called Minimal and Conceptual artists paid particular attention to the notion of space, whether private, public, physical, mental, imaginary, or real. In this exhibition, the Print Room of the Musée d’Art et d’Histoire provided a cross-­section of its collection. On the first floor, approximately fifteen works on paper were on display by artists such as Mel Bochner, Rosemarie Castoro, Walter De Maria, Stephen Kaltenbach, Douglas Huebler, Gordon Matta-Clark, Robert Morris, Claes Oldenburg, Allen Ruppersberg, Robert Smithson, and Richard Tuttle.