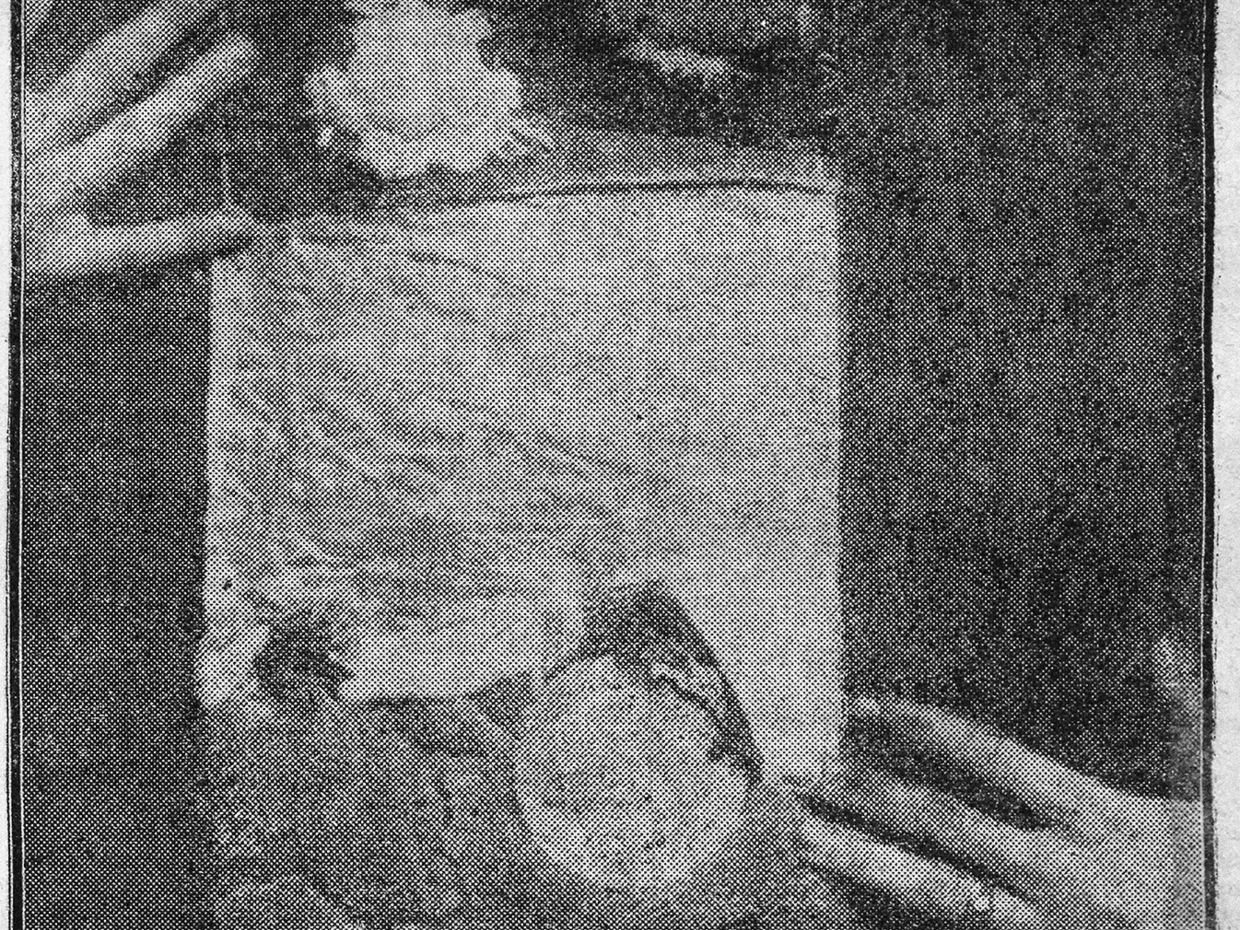 Filippo Tommaso Marinetti, the founder of Futurism, delivered a lecture in Geneva on 20 January 1921 as part of the International Exhibition of Modern Art at the Palais Electoral. In his lecture, Marinetti spoke about “Tactilism,” a new form of art “that aims to create, through human touch, suggestive artistic sensations as varied as those we experience with our eyes and ears.” To demonstrate his point, he passed around his very first “tactile board,” created by his partner and fellow artist Benedetta Cappa. Entitled Sudan-Paris and measuring 63 x 37 cm, it was envisioned as a tactile representation of an imaginary journey that Marinetti described in the following terms: “Sudan-Paris contains, in the part representing Sudan, rough, greasy, coarse, prickly, burning tactile values (spongy material, sponge, sandpaper, wool, wire brush); in the part representing The Sea, there are slippery, metallic, fresh tactile values (silver-coated paper); in the part representing Paris, there are soft, delicate, caressing tactile values, hot and cold at the same time (silk, velvet, feathers, down).”

When giving the same lecture several days earlier in Paris, Marinetti had been roundly booed by the Dadaists (led by Tristan Tzara, Francis Picabia and André Breton), who were competing with the Futurists for supremacy in the European avant-garde. Picabia refuted Marinetti’s claim to have invented “Tactilism,” arguing that he had been beaten to it by American sculptor Edith Clifford Williams, who was the subject of a lecture by Guillaume Apollinaire. In 1916, Apollinaire had also published a short story, entitled Mon cher Ludovic, in which he imagined an author visiting Geneva and writing a geo-science fiction novel in which Mont Blanc collapses into Lake Geneva, leaving behind “no mountain, no lake, but a perfectly uniform plain that could serve as a vast experimental terrain for the practice of tactile art on foot.”

Following his appearances in Paris and Geneva, Marinetti gave further lectures in Italy before publishing a “Manifesto on Tactilism.” His claim to be the originator of tactile art found favor in some quarters, as evidenced by the press clippings that he diligently archived in his Libroni (scrapbooks on Futurism). The collection includes a long report on his visit to Geneva, written by journalist Aldo Dami and published in La Revue des Belles Lettres. In the article, Dami expressed his admiration for Marinetti, calling him the inventor of “tactile polyphonies” that give “an immediate representation of the sensation in its nascent state, and without even a thousandth of a second of analysis or reasoning.” Marinetti’s experiments with tactile art left an important legacy, paving the way for the work of artists such as Bruno Munari and László Moholy-Nagy and educator Maria Montessori.

The exhibition at MAMCO, specially designed by artist Denis Savary, explores the various facets of the Futurist project through a contemporary lens. Through previously unseen documents, it provides background information on the specific circumstances behind the International Exhibition of Modern Art—an important yet little-known episode in the history of the avant-garde movement.