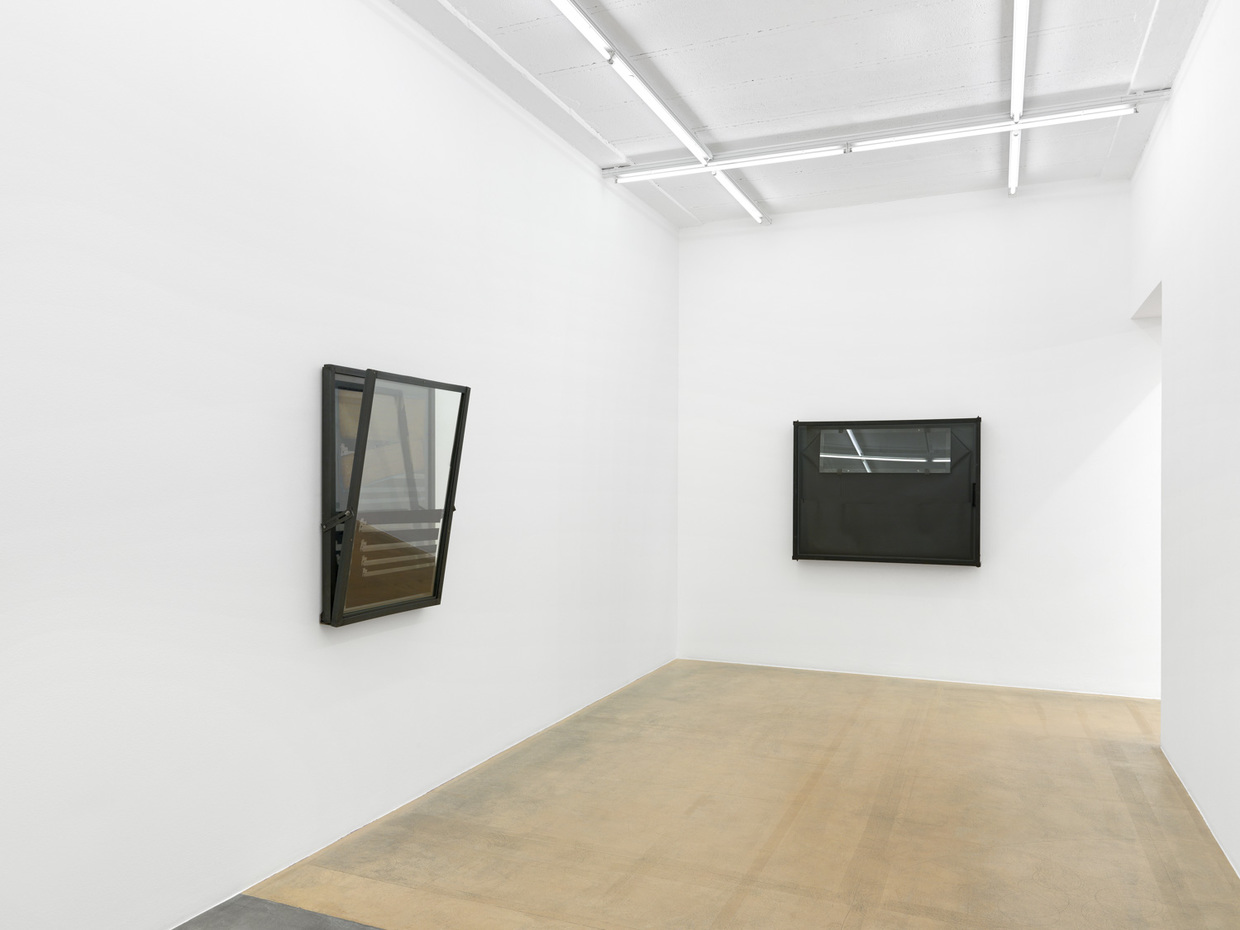 Ángeles Marco (1947–2008) was a key figure in the resurgence of Spanish sculpture during la Movida, the cultural renaissance of the 1980s and 1990s, of which Valencia was one hotbed.

From 1974 to 1992, Marco produced four major sculpture series incorporating audio, text, and personal elements such as her voice and body. The broad range of materials—metal, rubber, canvas, cloth, photographic negatives, text, and audio—do not limit the works to a single academic tradition, but rather suggest a commentary on American post-Minimalism.

Before teaching at the Valencia School of Fine Arts, Marco earned her doctorate in 1987 with the dissertation, “Image and fiction: Analysis of a creative process in sculpture.” The dissertation was a dialogue between philosophy and sculpture that influenced her artistic practice at the time. Marco produced her work in cycles, focusing on contrasts—real versus fictional spaces, construction versus deconstruction, pure versus metaphorical forms—while exploring different spatial structures: receptacles, bridges, stairways, corridors, and windows.

Marco became known in Spain following her 1992 exhibition El taller de la memoria (“The studio of memory”) at IVAM in Valencia. The exhibition was composed of six monumental installations that evoked the individual and collective storage of memory and took the form of an imaginary artist’s studio recreated in the museum space.

The Suplemento (1990–1992) and Suplemento "entre" (1992–1996) series further explore the process of narrative fragmentation and elliptical personal references. Everything can be recorded and copied, multiplied and transformed, be it speech, writing, forms or images. The text that appears on the photo negatives in Texto-Entre, for example, is a repeated chain of fragments from philosopher Jacques Derrida’s definition of “supplement.”

An interruption in her career due to illness, and her position as an unapologetic female artist, prevented Marco from achieving international recognition despite exhibitions in Italy, Switzerland, Germany, and Great Britain. Her work was the subject of a posthumous retrospective at IVAM in 2018–2019 but remains largely unexplored.