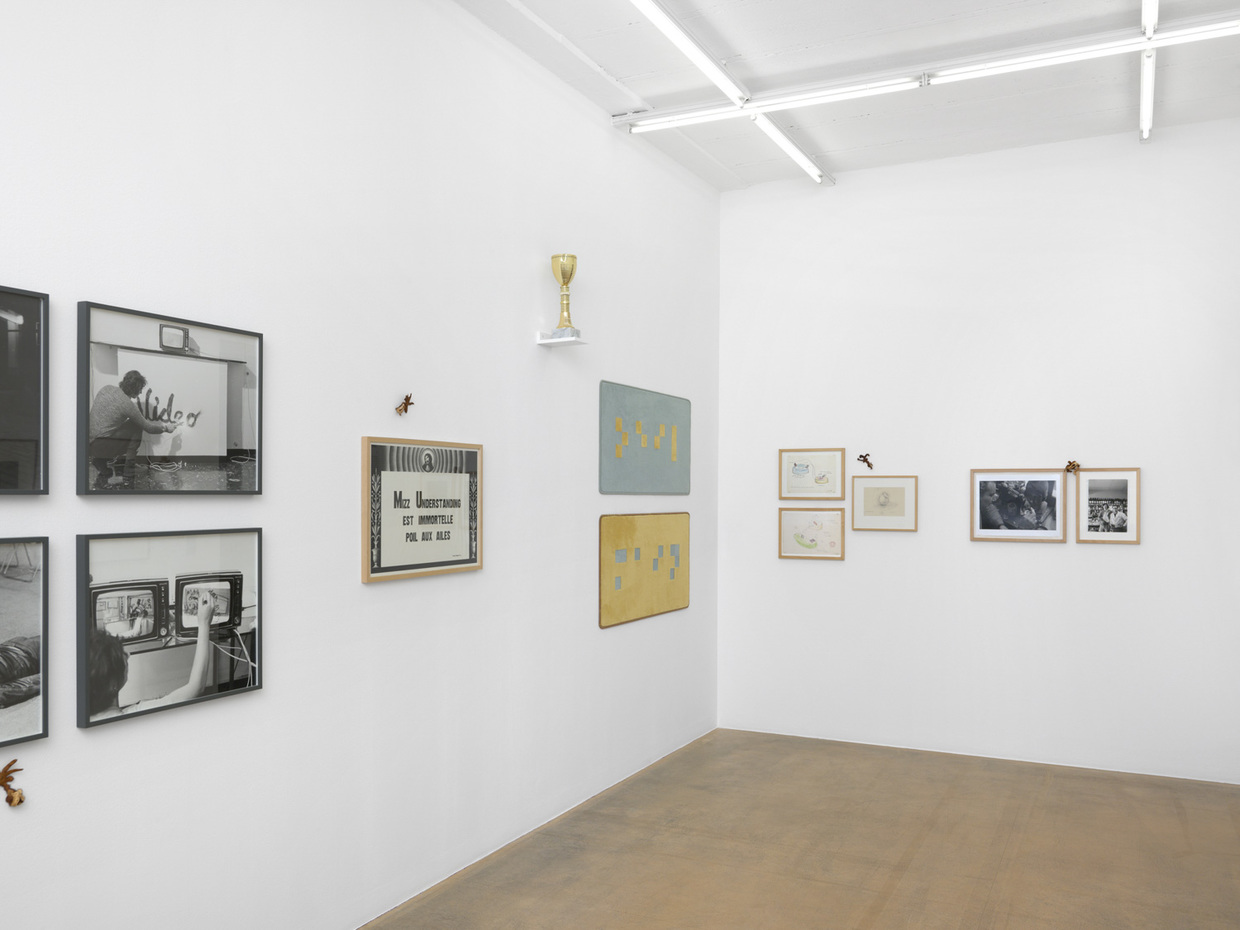 After meeting in 1967, Gérald Minkoff (1937–2009) and Muriel Olesen (1948–2020) never left each other’s side. They traveled the world together—Africa, Asia, Latin America, the United States, and Europe—experiencing life as inquisitive nomads. Each equipped with a camera, they reported back on the world in a half-scientific, half-playful spirit, producing a complete picture that nevertheless left space for individual creativity.

Minkoff and Olesen had wide-ranging interests and a broad network of contacts—from the realms of New Realism and Pop art to Fluxus—out of which numerous friendships emerged. They occasionally exchanged work with other artists they befriended, and this is how the MAMCO collection came to hold, among other works, eight elements of the Poussière de Poussière series, created by Robert Filliou in collaboration with Daniel Spoerri and exhibited on the third floor.

Minkoff, who loved playing with language, considered himself a “palindromographer.” He recorded reversible statements—“the shortest way back to where you came from”—on all types of media. Foremost among them were glazed earthenware tiles, similar to the ones that have sat above the elevator doors on the museum’s fourth floor since 1997: “AMEN! ICI CINEMA!”, an anagram of the title of Marcel Duchamp’s experimental film Anemic Cinema (1926). In a 1997 publication devoted to his palindromatic expressions, Minkoff noted drolly: “A palindrome goes back into the past at the same speed as it moves into the future.” Featuring one near the elevators was an obvious choice.

A trailblazer in video art as well as a performer, Minkoff joined Ecart in 1973. That same year, he embarked on a series of “kitchen videos,” filming anyone who dined with him at his apartment in the Rue Grenus. In 1974, Olesen—a videographer, painter, and sculptor— exhibited a work at the Galerie Ecart entitled Voyelles-Mystères et Boules de gomme (Mystery Vowels and Gumdrops). It featured texts that were tinted according to the colors assigned to them by Rimbaud in his “Vowels” sonnet, as well as a collection of gumdrops categorized by shape and “pattern”—a pseudo-scientific experiment about the evolution of species.

Minkoff and Olesen’s life together consisted of encounters and collective creations, as can be seen in the drawings and photographs documenting the invention of the recording device in Cucumberland: Parlez, le concombre vous écoute ! (Cucumberland: Speak, the Cucumber is Listening to You!). They show a Bell & Howell speech recorder with magnetic cards, as well as a small motor, fitted with a microphone, that runs on the electric current generated by the acid in a cucumber. Minkoff subsequently used the approximately 50 short recordings obtained in this manner in a performance—thus ensuring that these pieces would never be forgotten.