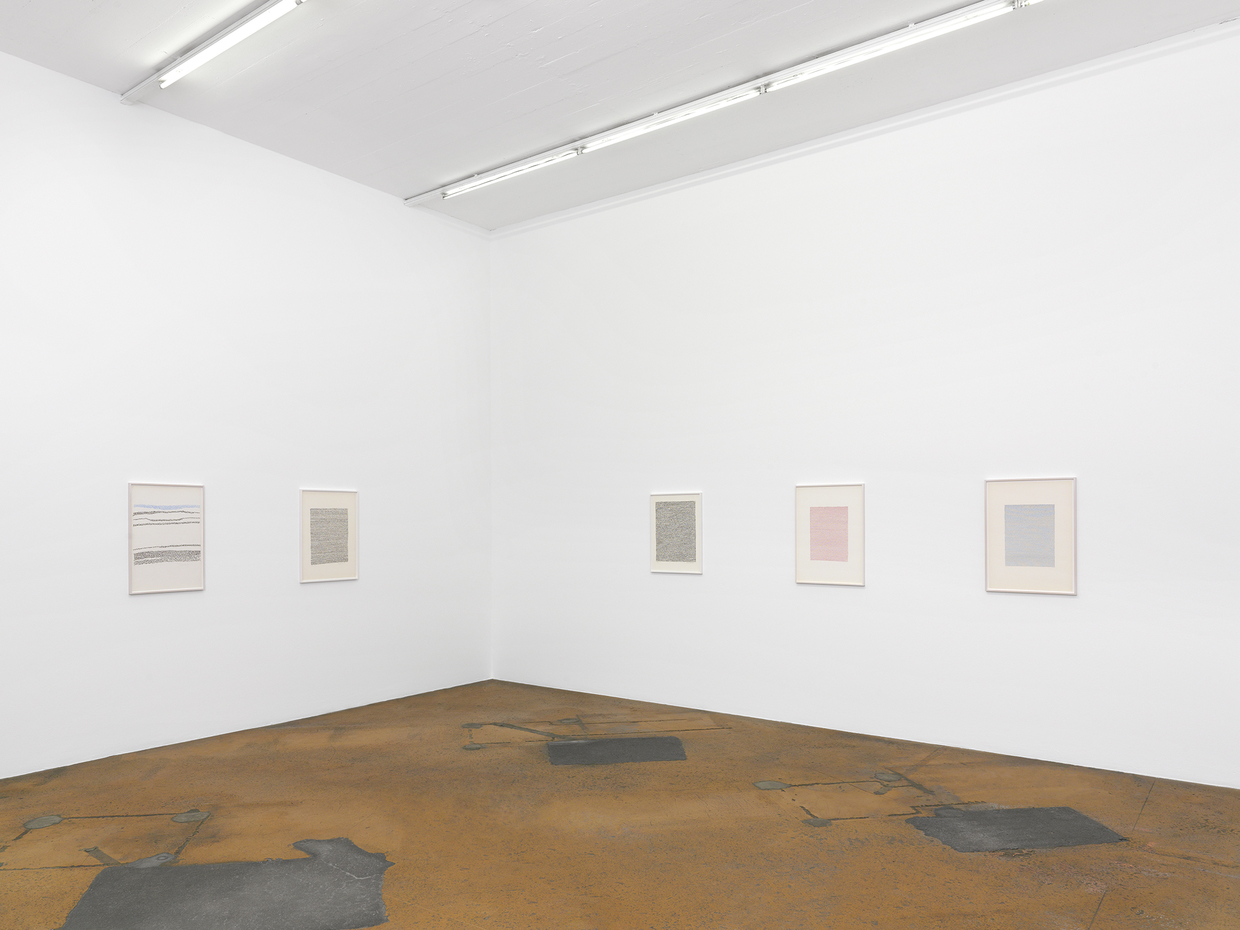 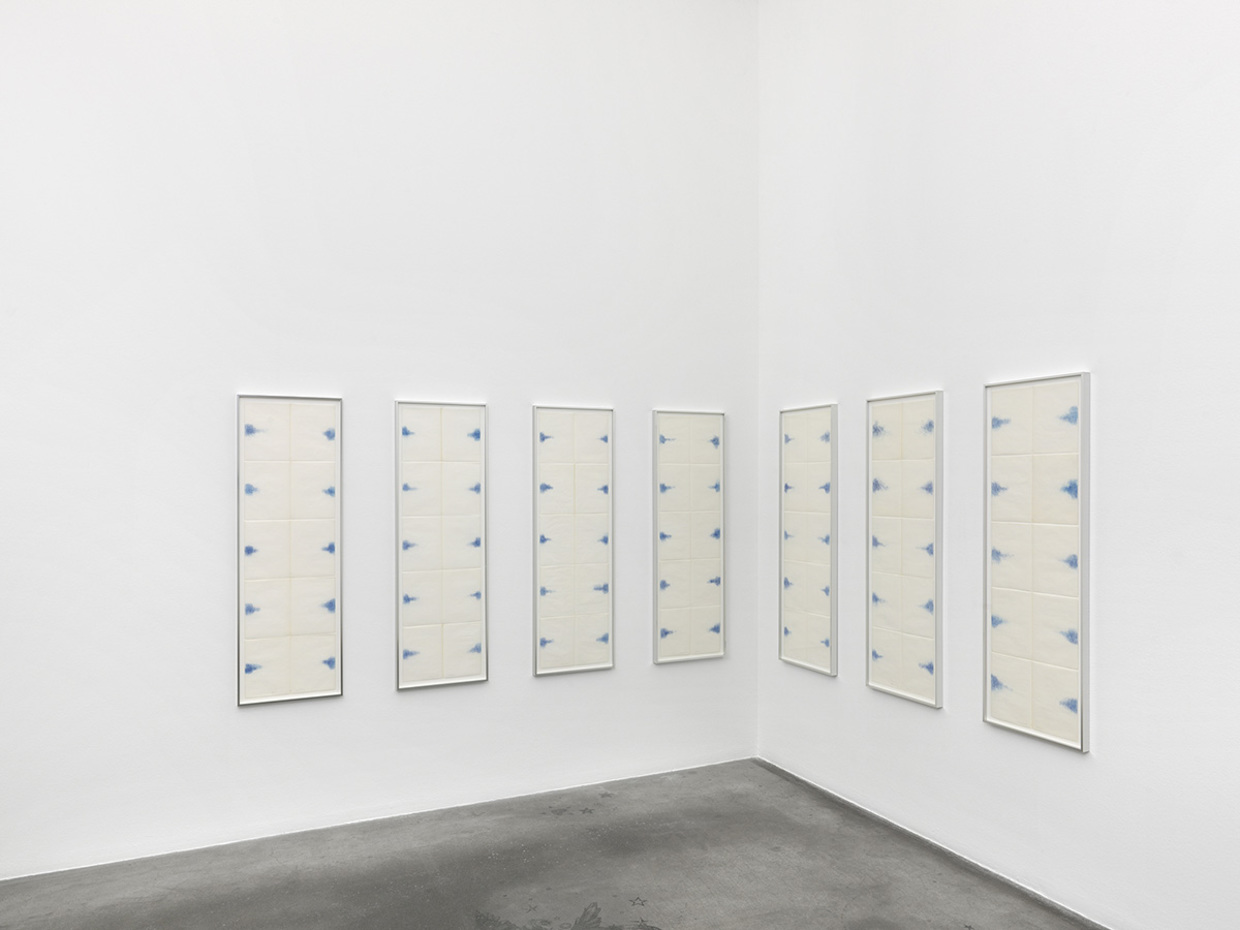 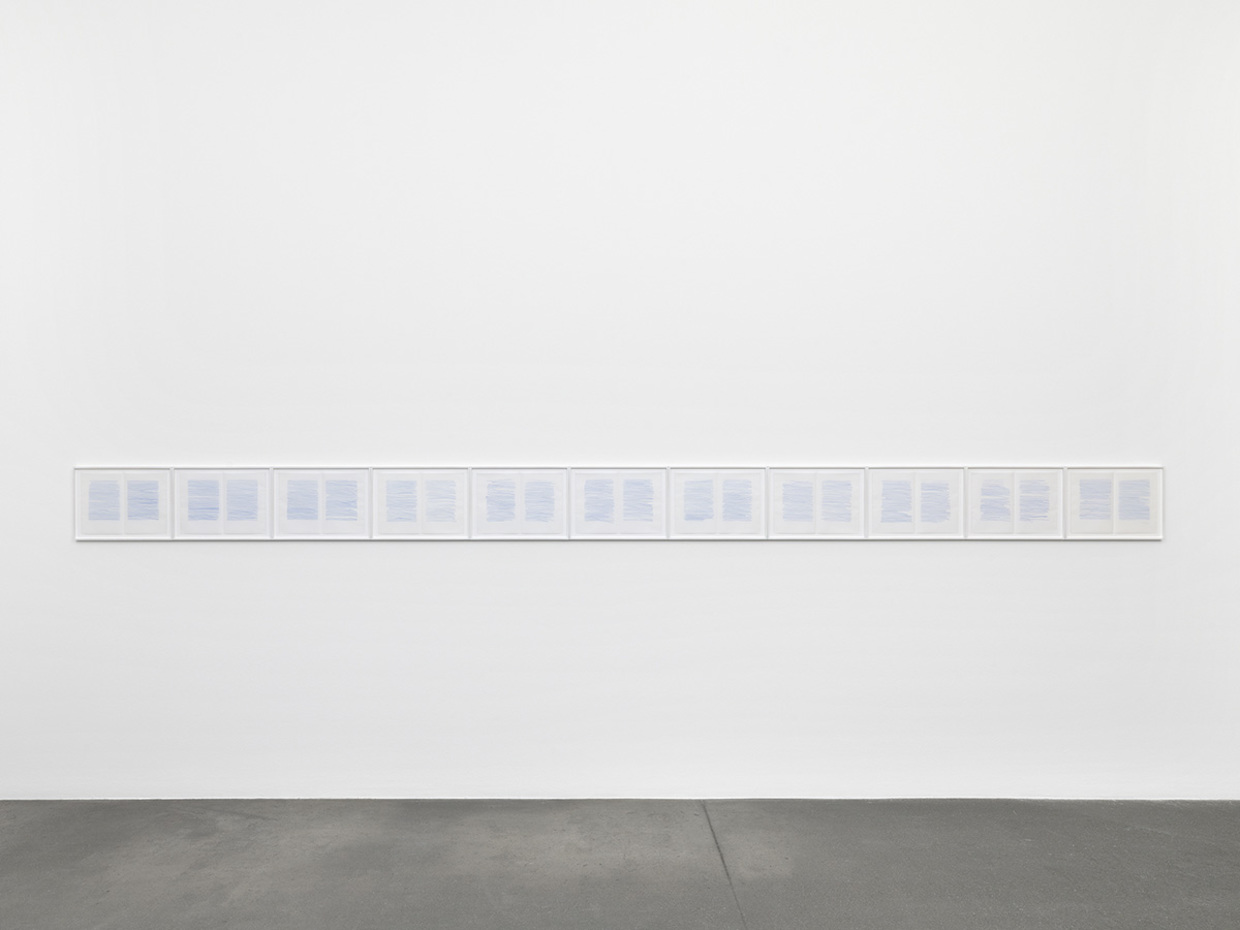 Passionate about literature and language, Irma Blank was born in Celle, Germany, in 1934. When she moved to Sicily in 1955 after meeting her Italian husband, the experience of deracination (both geographical and linguistic) became the foundation of her work. Her realization that “there is no such thing as the right word” influenced her first abstract series, Eigenschriften (1968–1973). Meaning “self-writings” and rooted in the process of drawing as writing, it captures the experience of self-reflection through intense concentration.

This intimate work, sprawling across numerous pages, led to the series Trascrizioni (1973–1979), in which Irma Blank copied the appearance of printed text through the same process of writing with lines. Having moved to Milan in 1973 (where she still lives and works), her practice opened up to the outside world and its re-configuration on the printed page. She transposed the typology of different text blocks found in newspapers, novels, and poetry books, for instance, in pursuit of her work’s central aim: to strip words of their content. At the edge of writing and drawing, her work developed into a choreography of presence, manifesting the pure energy of being here and marking time through drawn lines. Moreover, she considers all her work a form of “universal writing” in which the line sets language free from meaning.

The exhibition connects Blank’s first and last series and it ends with: Global Writings (2000–2016) and Gehen (2016–present). In the latter, due to health problems, the right-handed artist Irma Blank had to learn how to draw with her left hand. This experience was a rediscovery of the line and its dance with the body, through a slowed-down gesture. The Global Writingsseries delves into letters and texts, specifically with the use of the “Global Writing” alphabet, made of eight consonant letters and invented by the artist, composed after a long research to find a language whose meaning would be universal, conveyed through “repetition” and “rhythm.”

Like many women of her generation, Irma Blank’s work has been overlooked for too long, and is now garnering the attention it deserves.