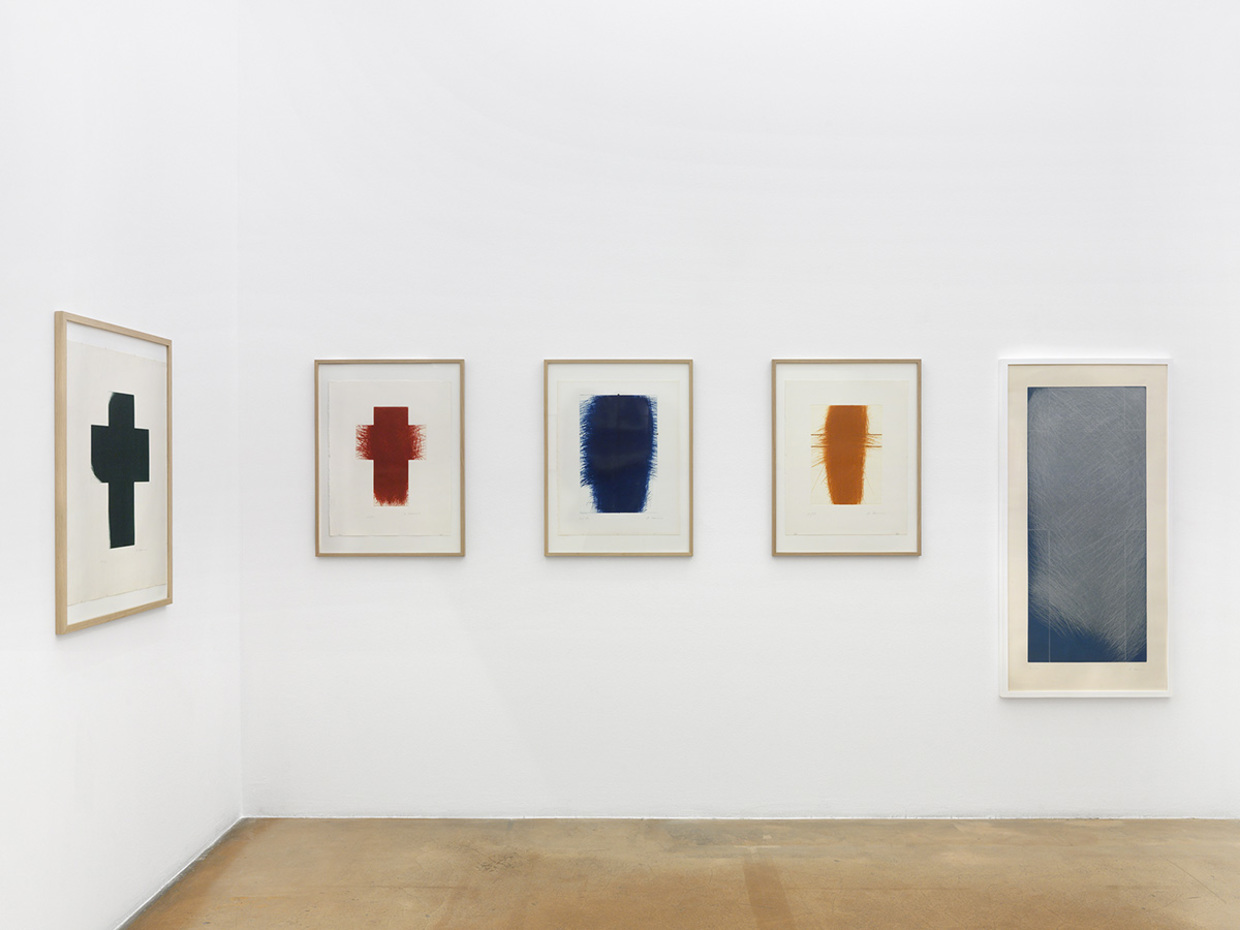 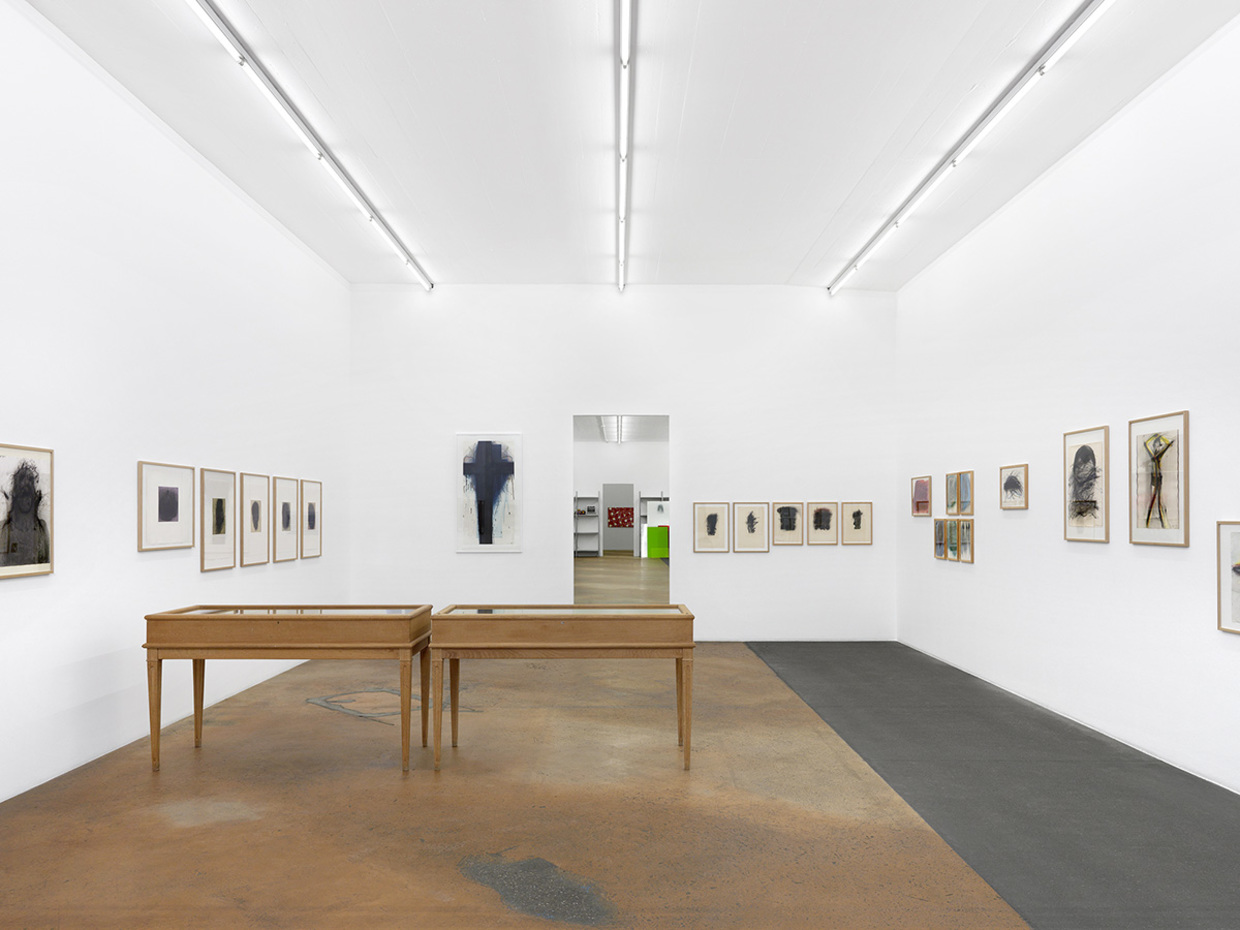 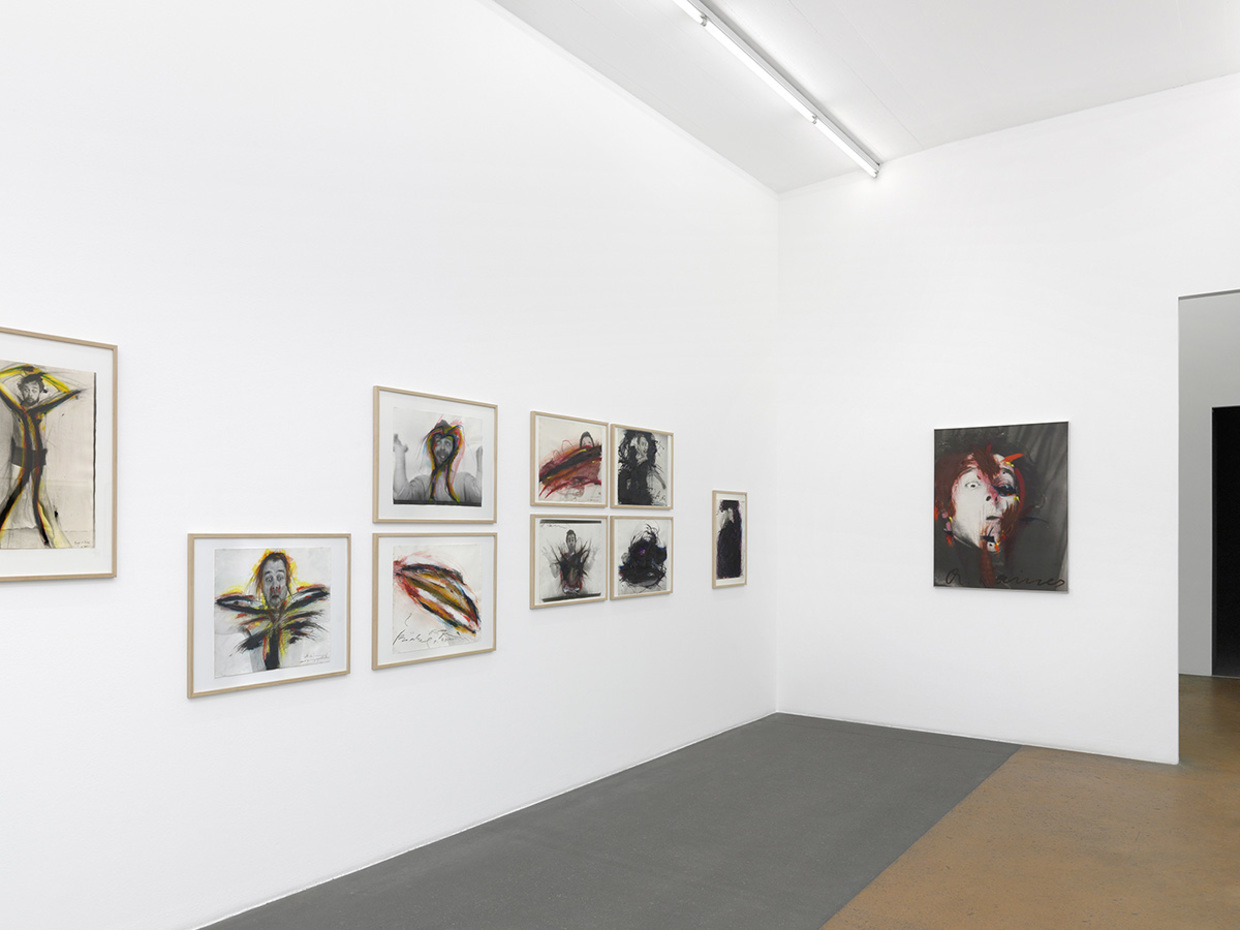 For some 60 years, Arnulf Rainer (b. 1929) has practised “painting in order to quit painting.” With roots in Surrealism, Art Informel, even Art Brut, he has developed an oeuvre based on the covering-over of existing works.

On tragic and comical photographic self-portraits, on reproductions of death masks, residues of the human expressiveness of great minds (such as Goethe), on images belonging to the history of drawing and painting (Goya, Leonardo, Van Gogh) and prints (Henri Michaux), but also on canvases by well-known names (Miró, Sam Francis, Vasarely), on crosses and and cruciform structures (in the West, primitive moulds for figurative work), the Austrian artist operates in oils, wax pastel and graphite pencil, but also with a drypoint stylus, sweeping it across the copper printing plate, gouging the surface and loading it with marks.

Driven by a heightened sense of corporeality (his own and other people’s), “exposed to the torrent of faces, like Louis Soutter,” fascinated by grimaces and odd facial expressions, Rainer’s artistic action is performed amidst an unimaginable torrent of words and imprecations and accompanies or translates his welling rage and fury at the world and at his own self.

In German, these disparate interventions are conveniently grouped under the common term Übermalungen, and confront us both with artist’s splendid or tortured colours and fevered, graphic quality and with the forces at play beneath the visible surface, in the layers beneath—the repository of the meanings slowly generated by art and its beholders. In this process, creation and destruction, commentary and distortion, and concealment and revelation endlessly interact with and engender their opposites.

The 70 pieces of the donation made in memory of the Genevan dealer Michel Foëx (1957–2015) set up their harmonics around Schreck (Sterne), the large photograph reworked in oils that was one of the first acquisitions of the Amam, the association from which Mamcogestated.