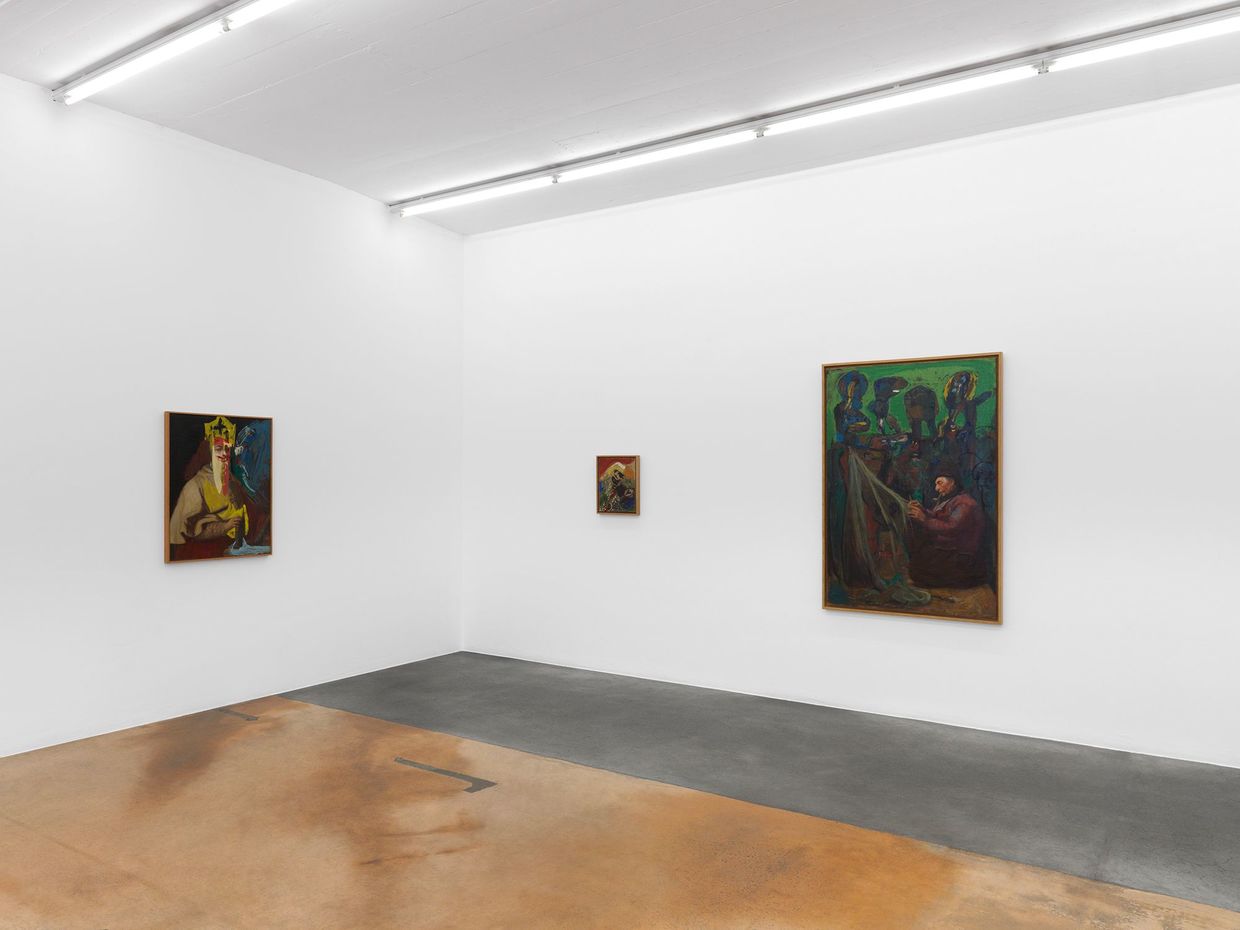 In 1959, Danish artist Asger Jorn (1914–1973) created his Modifications series, twenty paintings that he modified by hand. These were originally figurative paintings with an academic or kitsch composition made by unknown artists, which he bought on flea markets and modified through slight touches, traces and diverse signs applied on the canvas, bringing these seemingly bland images towards new aesthetic horizons. The five paintings belonging to the New Defigurations series created in 1962, part of the Jenisch Museum’s collection in Vevey, are based on the same principle. This time, Jorn essentially bought portraits, in particular images of soldiers and battle scenes. He modified them by adding a heretical cross above a cardinal’s head and vertical paint traces prolonging the face (Grand baiser du cardinal d’Amérique); or by exaggerating the lips and eyes in a woman’s portrait (Souriez rue froide); or even by applying large color blocks thus modifying the background of a scene showing a French soldier embracing an Alsatian woman (L’Amour s’avance sur la balance ou La Grande Illusion).

“Be modern, collectors, museums. If you have old paintings, do not despair. Retain your memories but detourn them so that they correspond with your era. Why reject the old if one can modernize it with a few strokes of the brush?,” Jorn explains about his enterprise. This pictorial gesture belongs to a practice largely initiated by the Situationist group to which Jorn belonged until April 1962. It is the implementation of the détournement theory formalized in particular in the third issue of the Internationale Situationniste, a journal published by the group. One could read that “détournement, the reuse of preexisting artistic elements in a new ensemble, has been a constantly present tendency of the contemporary avant-garde (…). The two fundamental laws of détournement are the loss of importance of each detourned autonomous element (…) and at the same time the organization of another meaningful ensemble that confers on each element its new scope and effect.” The result is a critique of the notion of individual property (images belong to everyone and everyone can detourn them); a negation of the difference between popular art and expert art (even low quality images, when detourned, can access the world of fine arts); and even negating the distinction between creation and destruction.