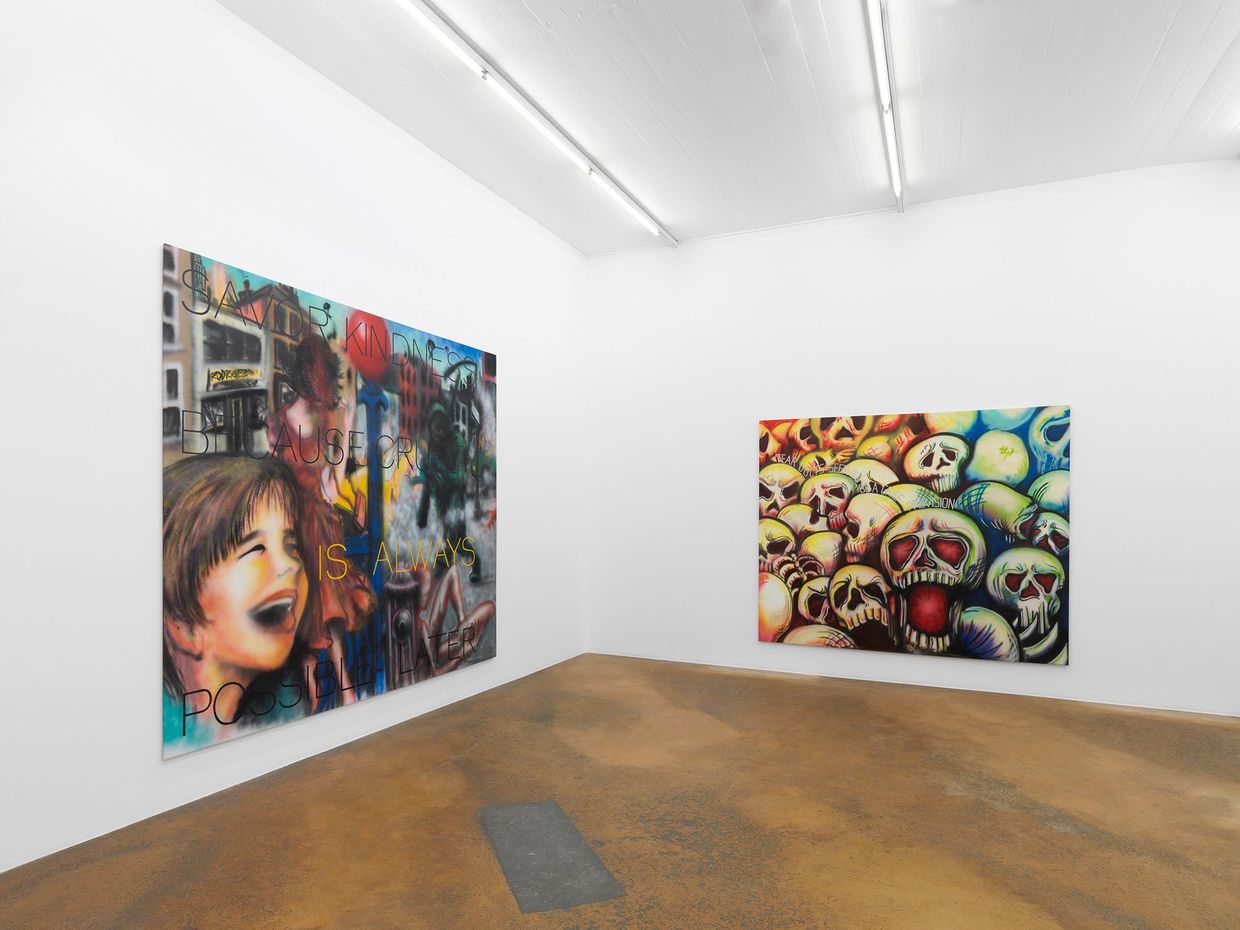 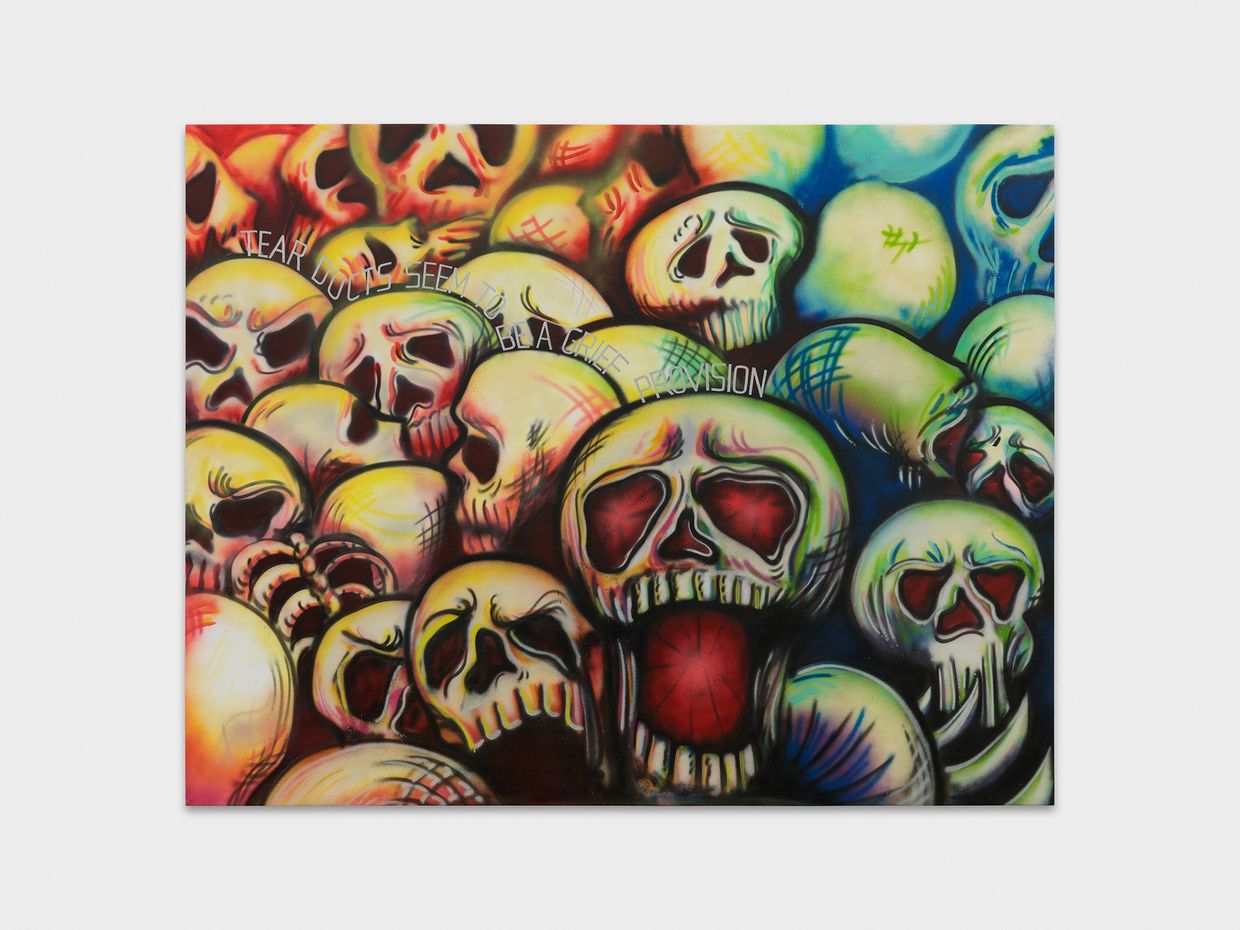 The work of Jenny Holzer (b. 1950, Gallipolis, Ohio) is based on language and on modes of communication typical of our modern capitalist society. At the beginning of her career, the artist appended her texts, which were often subversive messages, on billboards and signs, first painting them by hand, then printing them; the Truisms (1977–1979) and Inflammatory Essays (1979–1982) are examples of this practice, one of which was presented in this exhibition.

In 1982, she started using LED technology, first by deploying them on advertising billboards found in Western metropoles, and later in more immersive environments as she began to appropriate this electronic technology even more. The texts that parade on these screens are of a poetical and political nature, like her first posters series. They are meant to trigger personal reactions in the visitors by mixing public and private, social and physical, universal and individual. Since 1996, the artist mainly works with light projections of texts on building facades, mixing her own texts with that of writers such as poet Henri Cole, or Literature Nobel prizes Elfriede Jelinek, and Wislawa Szymborska.

Heir of Minimal and Conceptual art, and influenced by the 1970s feminist movements, Jenny Holzer is part of this generation of artists questioning the space of galleries and museums, as much as the role of subjectivity and individualism in art. She was part of the Colab group in New York in the 1970s and often gave priority to the collaboration process. This principle is at the heart of a series of paintings created by graffiti artist Lady Pink since 1983. Lady Pink (b. 1964, Ambato, Ecuador) has been working in New York since the end of the 1970s where she became a pioneer of urban graffiti. Pink chooses the motifs she sprays on the canvas, while Holzer entrusts Ilona Granet, another artist, with reproducing a text she wrote especially for this work on the canvas. Less known than the parading light texts, and other electronic projection devices from the same period, two of these six-handed paintings were presented at MAMCO as well.