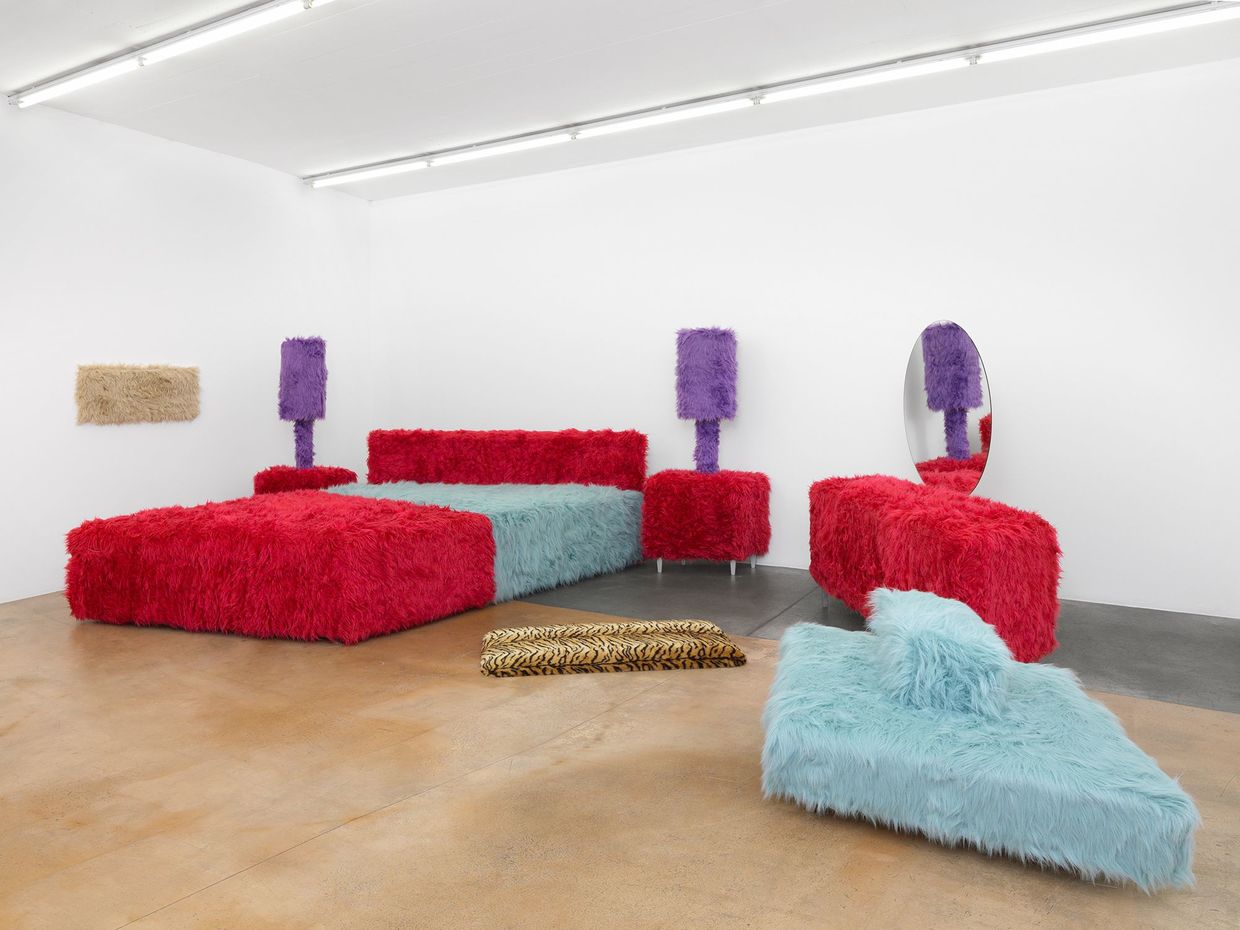 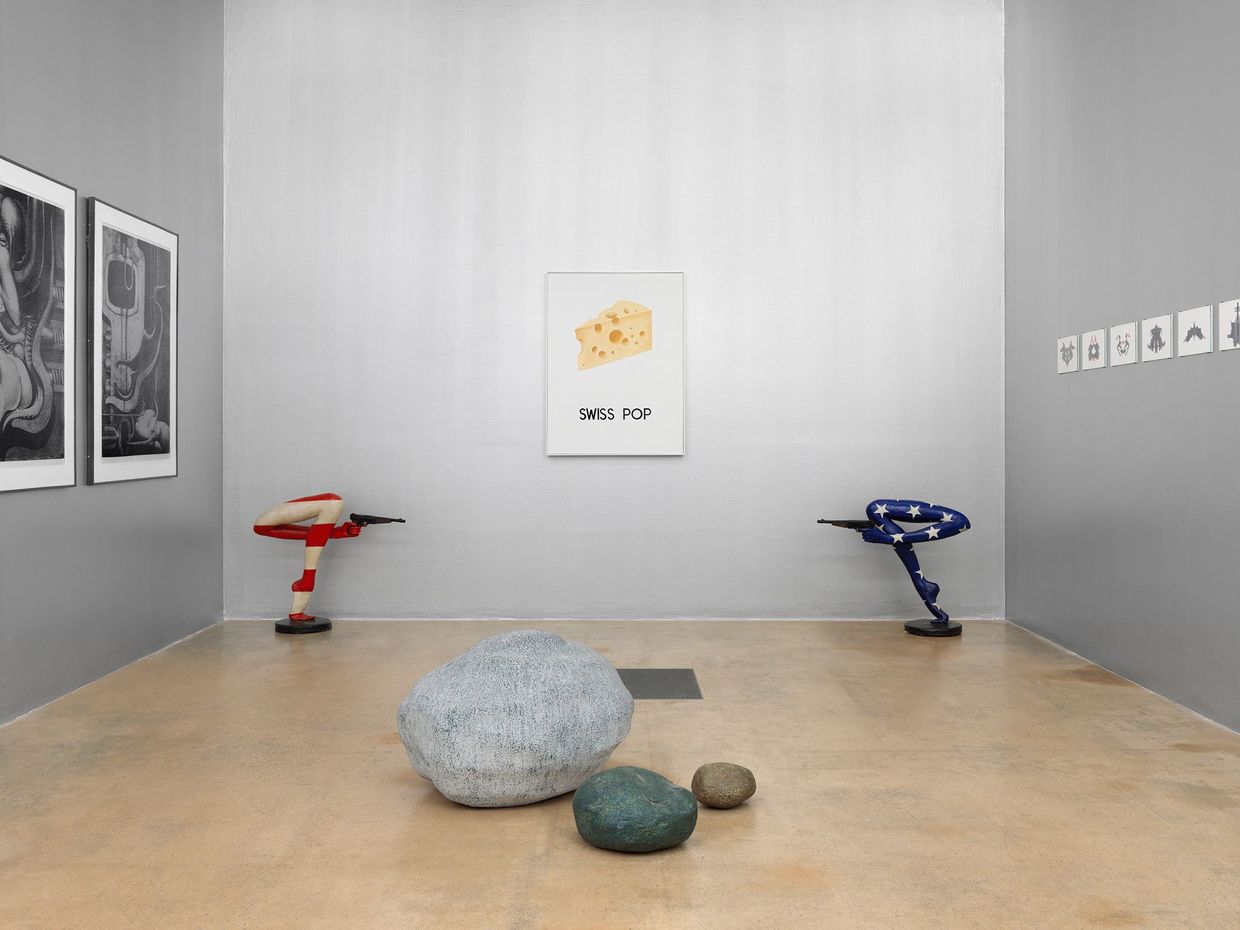 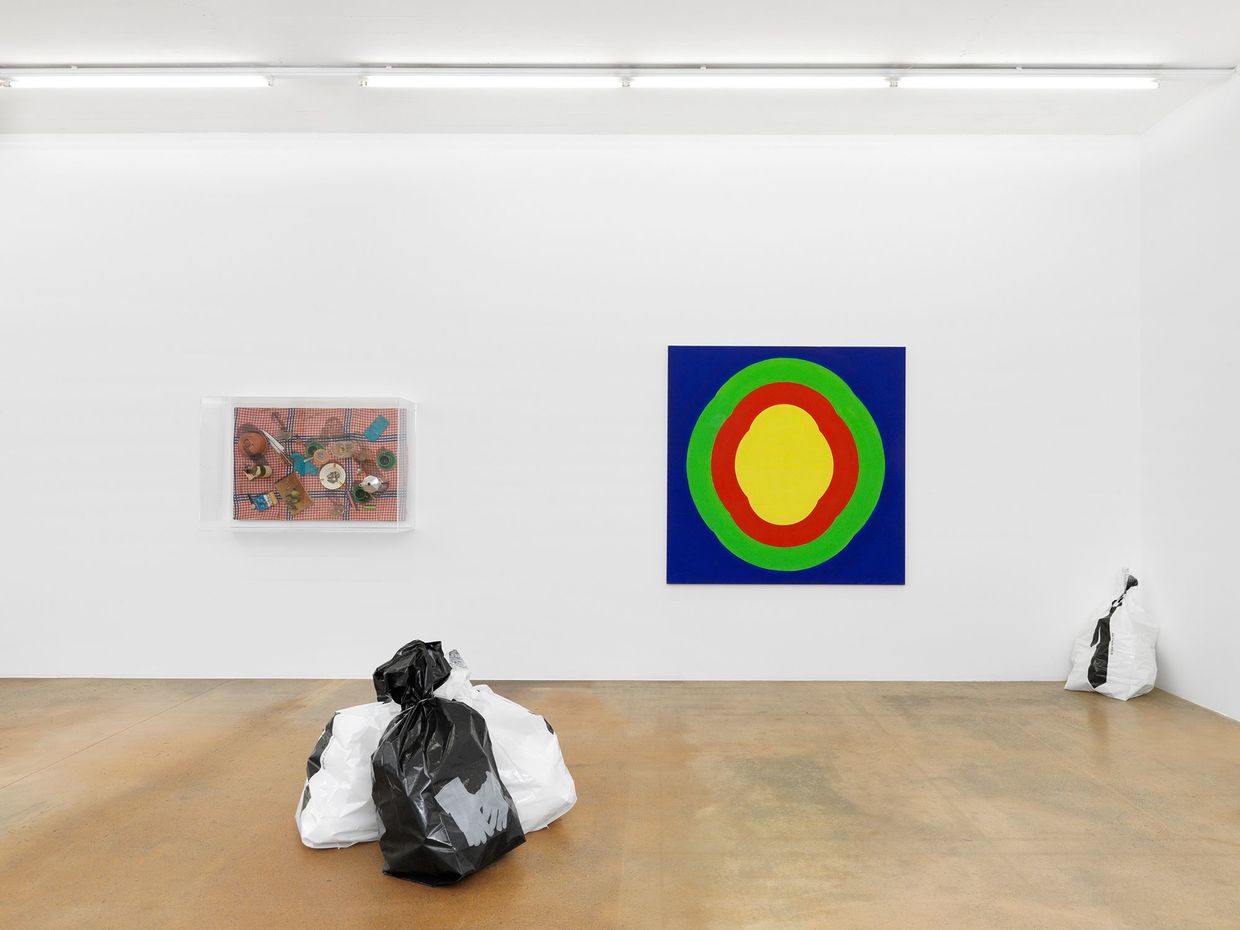 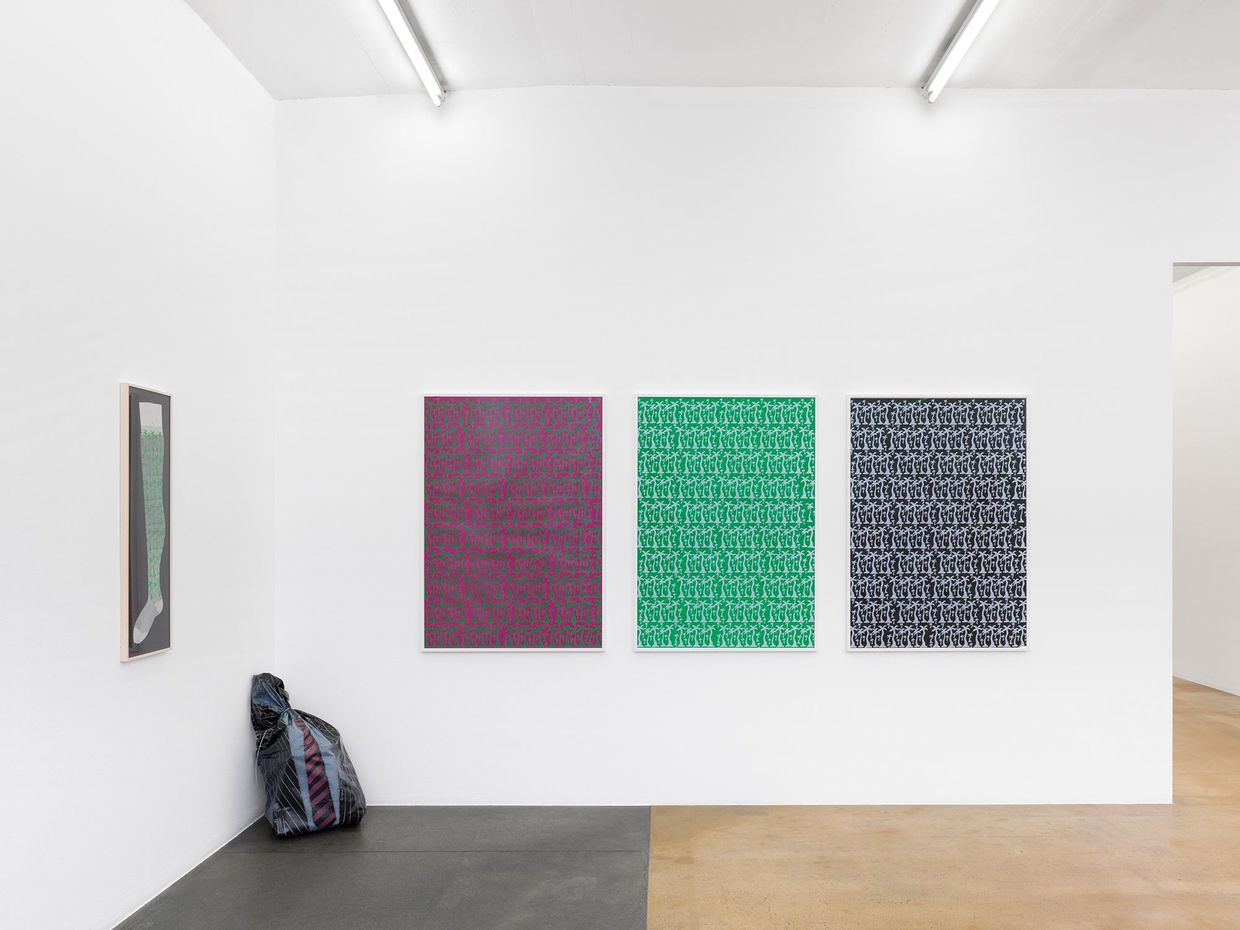 Swiss Pop is a painting by Vern Blosum, an American painter who participated in the first Pop manifestations in New York but who actually never existed. By borrowing its title from an imaginary artist, the MAMCO exhibition already announced itself as a fiction. Pop art was indeed born in Great Britain around 1956 and later developed in the United States, without any particular historical occurrence in Switzerland. The obsessions for mass culture, industrial production, youth, and glamour—fundamental characteristics of Pop as defined by Richard Hamilton—were believed never to have jumped over the Helvetic mountains, behind which the artistic debates were polarized between Concrete abstraction and neo-Dadaism in all its forms.

Nevertheless, a recent historiography revealed that, although Pop art is considered as an artistic language and essentially Anglo-Saxon, it was actually, and right from the start, “spoken” in many different dialects. A Swiss Pop does indeed exist, with folkloric or modernist accents, and a grammar that borrows from Surrealism, Nouveau Réalisme, Arte povera, Kinetic art, abstraction, cinema, fashion, and even science fiction.

From a meal’s leftovers to garbage bags, artists such as Gilardi, Spoerri, Kuhn, Weber or Hofkunst use sophisticated techniques fo the rehabilitation of common things. This transfiguration of the banal foreshadows a new correspondence of art and life. Moreover, one observes that mass media, fashion, the automobile, or advertisement, all appear in a more or less obvious manner within the works of Giger, Oppenheim, Stämpfli, Gertsch, Roth, Raetz, or Lurati. This fetishist relation to merchandize also affects the relations that some artists entertain with Pop art heroes. By making Warhol sign a lemon-yellow monochrome, Mosset brings a touch of glamour to the mutest painting. On the other hand, by covering the Claes Oldenburg’s iconic work Bedroom Ensemble with fake fur, Fleury calls upon a haptic impulse and the charm of the artificial.

But the exhibition also revealed a more somber side, and an inclination towards death becomes manifest in Tinguely’s La Vittoria. In front of the Duomo in Milan, a gigantic golden phallus consumed itself in a few minutes amidst fireworks and smoke. Behind the jubilation accompanying such an affront, this work also celebrates self-destruction in an excess of vitality.