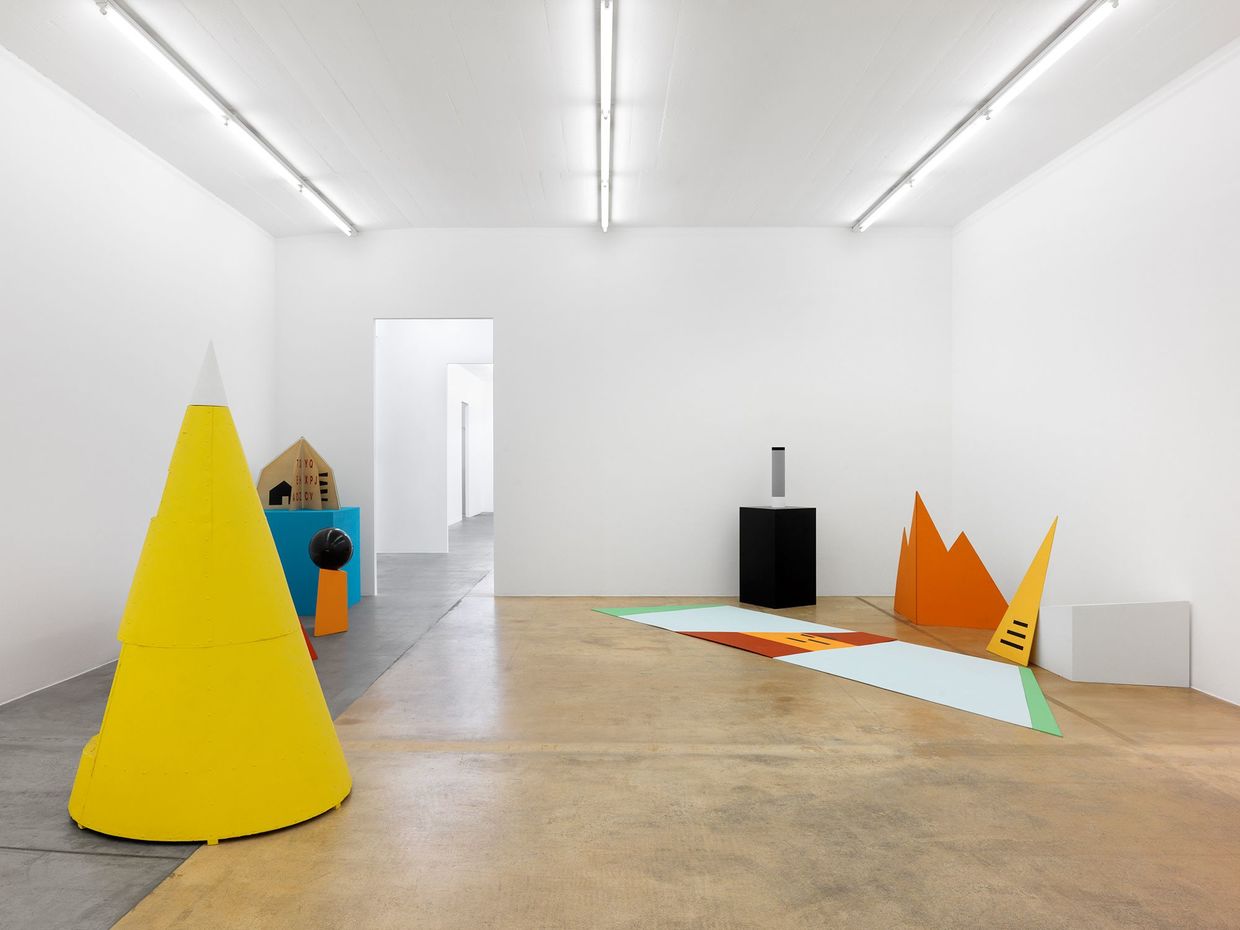 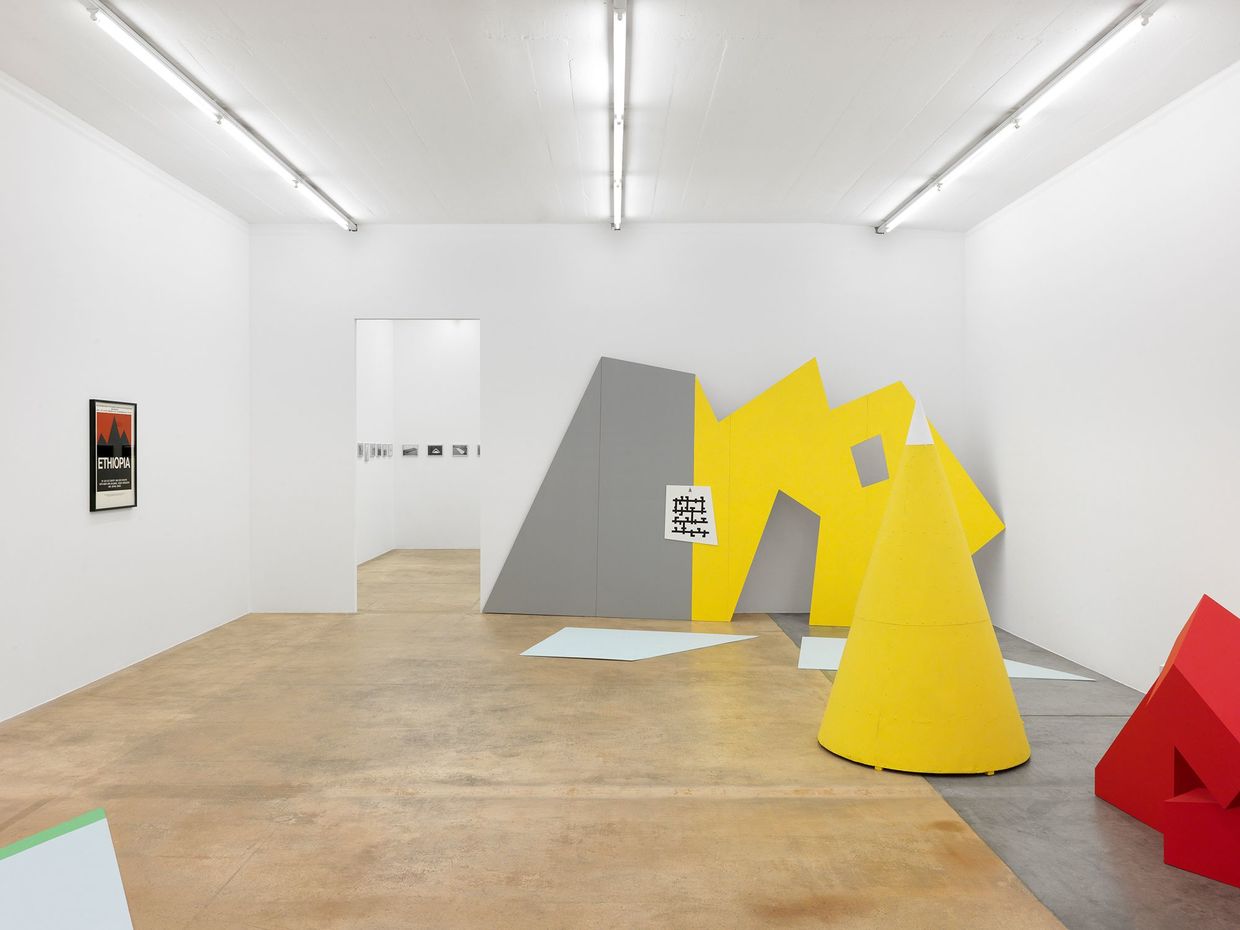 French artist Guy de Cointet (1934–1983) emigrated to the USA in 1965, became assistant of Larry Bell, following him to Los Angeles where he lived for the rest of his life. For Cointet, cryptology and typography were tools for transforming words into images and for giving form to color. He employed these to make large drawings of cryptic writings whose titles appear to offer the key to deciphering them. Cointet’s interest in devising codes led him to develop these drawings into entire books of “typoetry.” Although they contained no form of comprehensible language that might prompt anyone to read them, it was nevertheless on these works that he would base his initial performances. The first took place in Paris, in 1973: as an actress played with a set of screen-printed red letters fixed to the wall, CIZEGHOH TUR NDJMB, she struck poses typical of those in fashion magazines. In the same year, this time exploring the linguistic aspect of his work, Cointet cast a dwarf actor as the author of ESPAHOR LEDET KO ULUNER!

Presented for the first time in Los Angeles in 1976, Ethiopia was the first of Guy de Cointet’s performance pieces to consist of several acts and to use a number of actors. It was also the first of several collaborations with Robert Wilhite, who looked after the musical side of the works. On stage, the objects that make up the scenery replace books as elements on which the scenario turns. Their status quickly becomes ambiguous: while the actors use and comment on them, they retain a degree of autonomy. In a piece with no real plot in the traditional sense, it is the interactions, or symbiosis even, between the objects themselves and with the actors that constitute the core of the work. A blonde woman, a Latin-American man, and an African-American man, chosen to represent archetypal figures, relate family histories. They bring the objects to life during the performance, but once this is over, these same objects become sculptures, retaining only their spatial relations as a recollection of the -performance, precisely those relations that served to trigger situations.

The elements that make up Ethiopia have belonged to the museum’s collection since the retrospective devoted to Guy de Cointet in 2004.