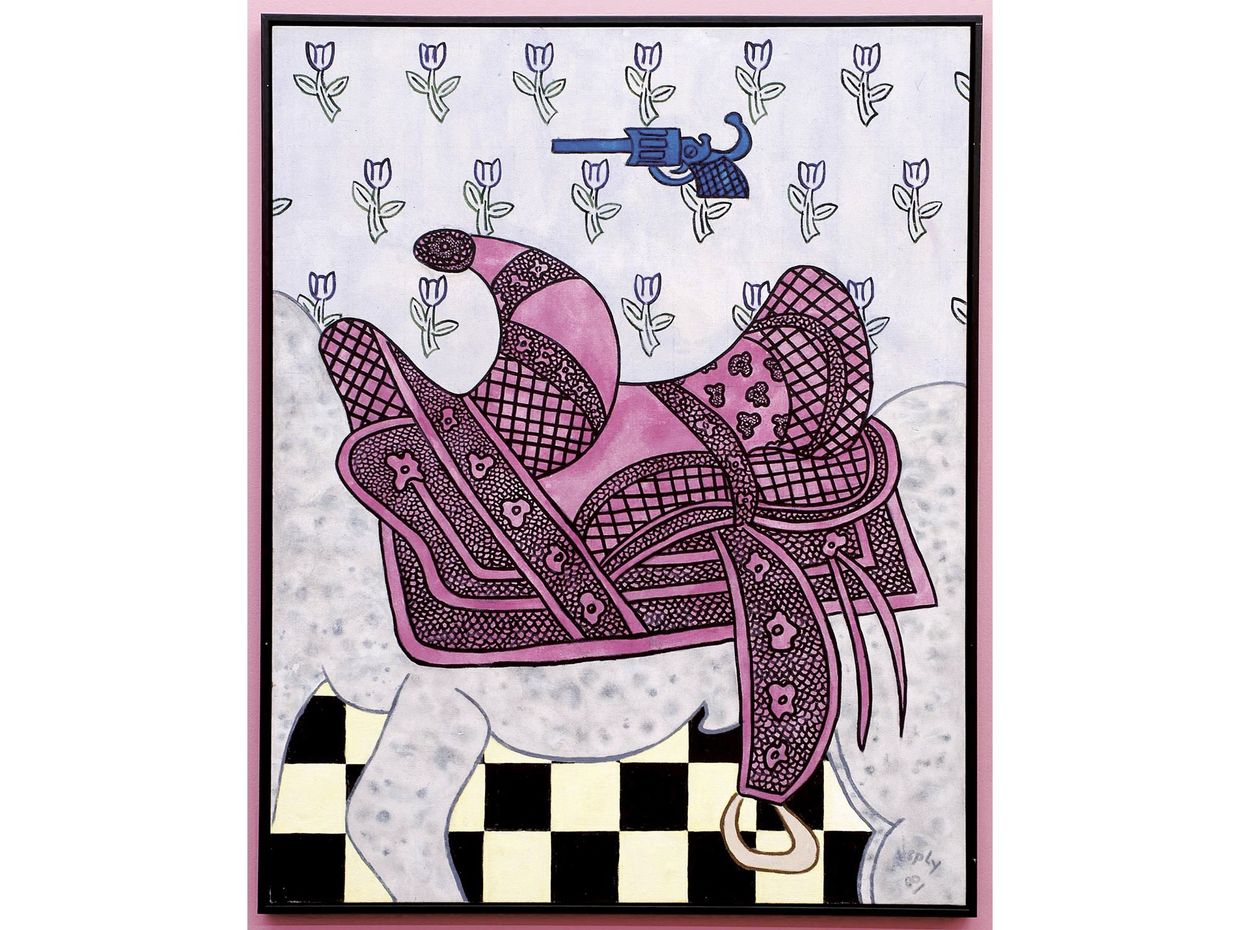 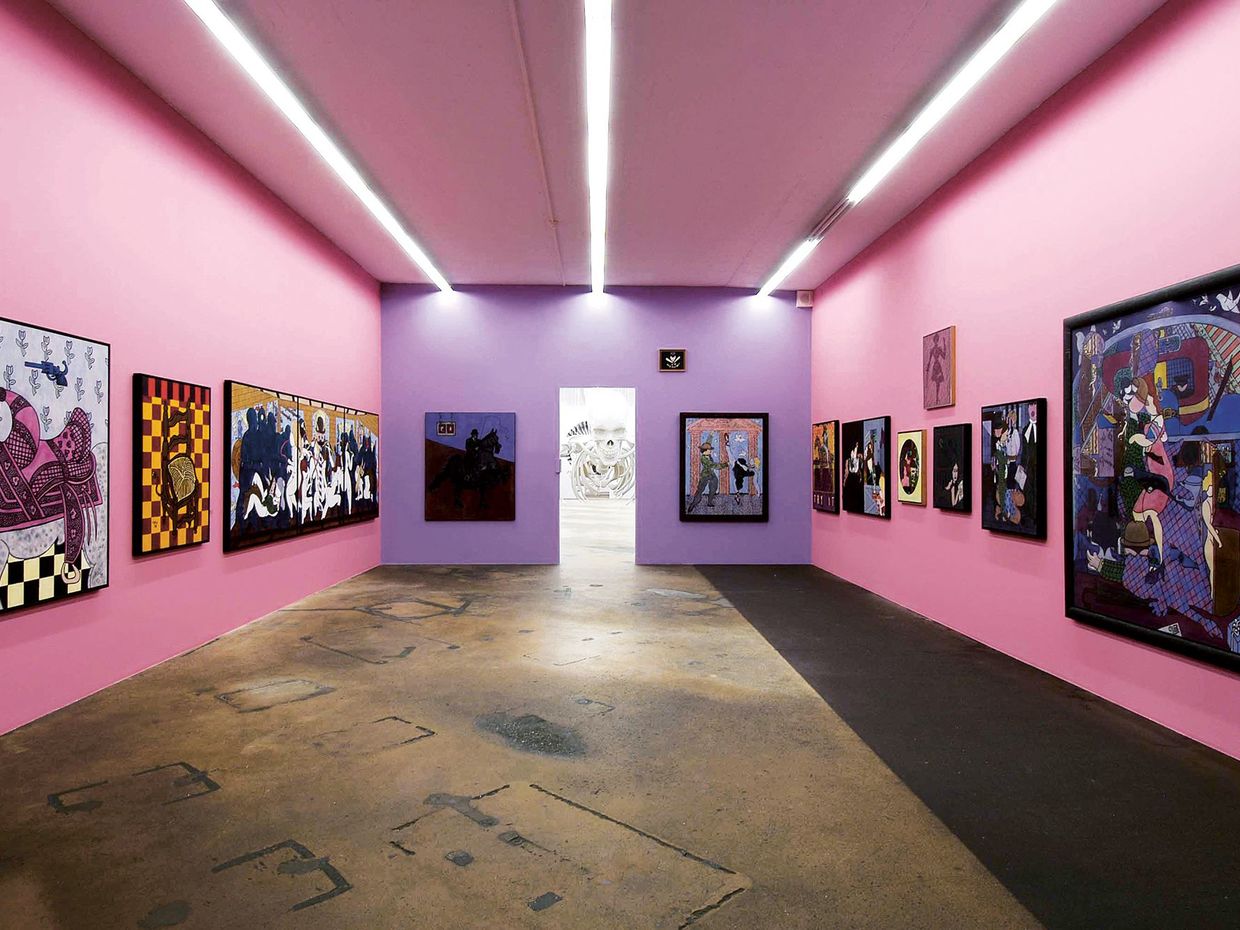 Twenty paintings by William N. Copley (1919–1996), the self-taught American artist and friend of the Surrealists, were hung in the largest room on the second floor. Copley’s universe was the Paris-New York axis with no time zones in-between. From 1951 to 1964 he lived in Paris, spending time with Man Ray, and painting scenes that combined Parisian life and its vaudeville acts, the ballads of the popular American poet Robert W. Service, and a complete lack of morality. In Paris as in New York, the Church and the police were the pillars of the established order, as well as familiar protagonists in his paintings. The figures he sketched were archetypes: woman as seductress, often naked, extends the theme of Manet’s Le Déjeuner sur l’herbe; man with bowler hat, green tweed, and umbrella, is the bourgeois, right out of a Magritte painting or a W. C. Fields comedy. His compositions grew increasingly complex over the years, with a sort of intuitive perspective and layering effects suggestive of Francis Picabia. While Copley was well known for promoting the work of his artist friends, he would have to wait a long while to achieve institutional recognition of his own work.