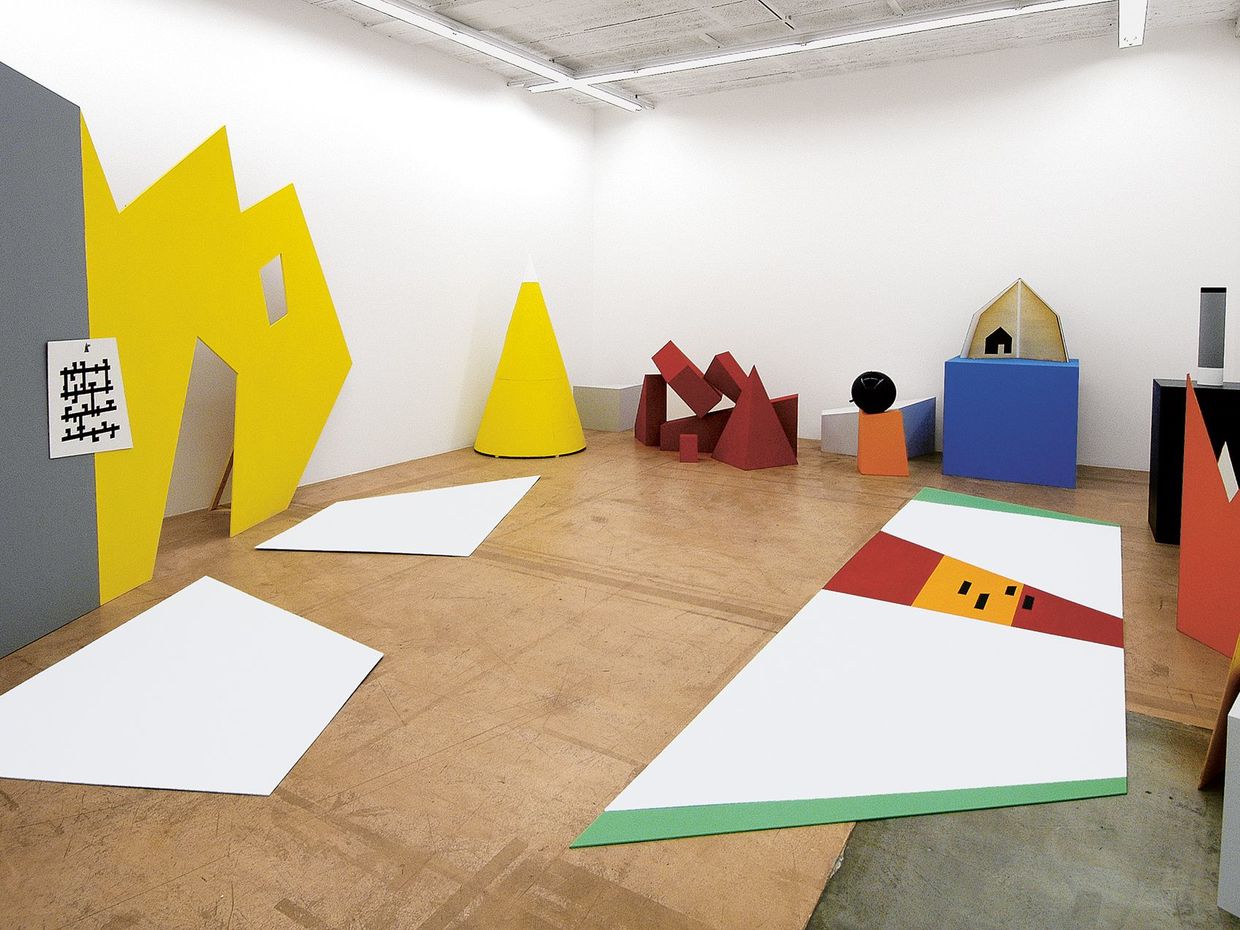 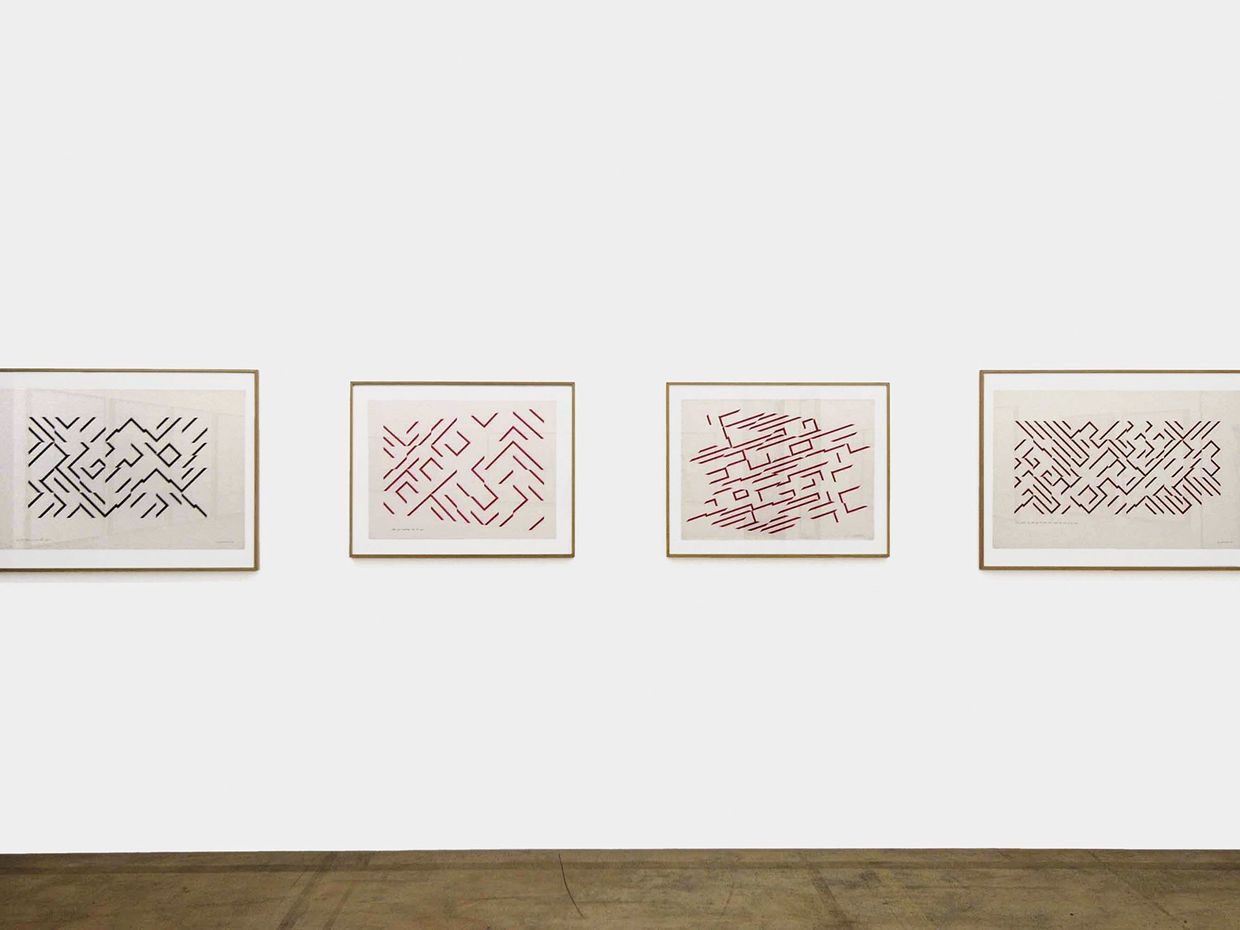 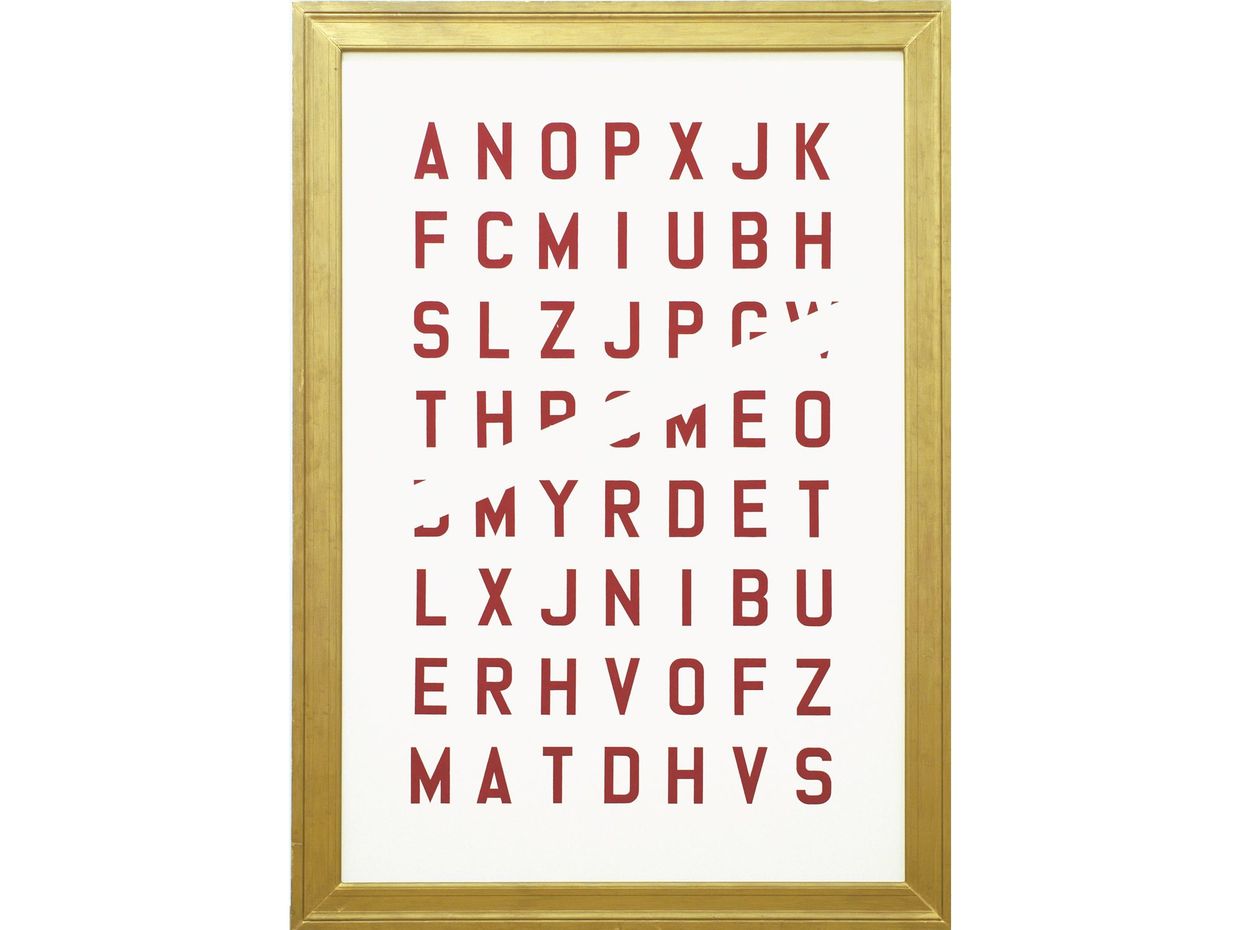 With over 100 works covering the entire fourth floor, the retrospective devoted to Guy de Cointet (1934–1983), afforded an overview of the output of this French artist who emigrated to the United States in 1965. After working as an assistant to sculptor Larry Bell in New York, Cointet moved to Los Angeles in the early 1970s. His work weaves together strands from Conceptual art, visual poetry, and various narrative forms. He uses codes, hieroglyphics, and typography as part of his process for developing words into colored images. The result is large drawings composed of encrypted writings and books of “typoetry.” Mining from the real world, and like Andy Warhol, he draws inspiration from advertising and soap operas, processing his finds like the “cut-ups” of William Burroughs and Brion Gysin. Toward the end of his life, Guy de Cointet grew increasingly interested in combining theater, cinema, and dance. His stage settings, as arranged in ETHIOPIA, take on various roles: accessories, scenery, or actual characters. They were added to the museum’s collection after the exhibition.