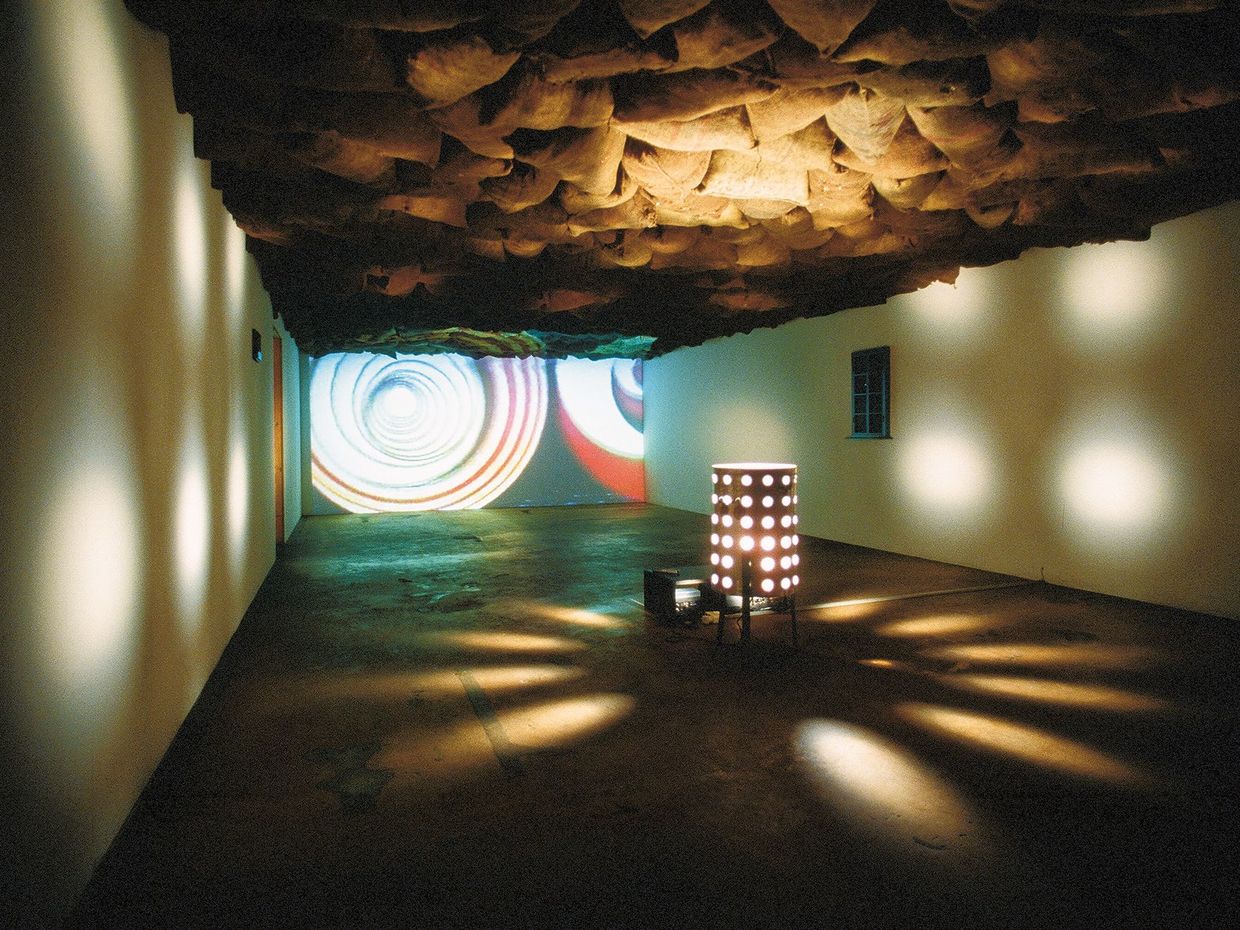 Since 1965, Sturtevant (1930-2014) has been commandeering of well-known works that have attained historic status or have gained widespread media coverage, and reproducing them. Fifteen years before the Appropriationists, Sturtevant was working on pieces as theories, with a focus on the effect that repetition has on representation. Seen as a whole, her activity resembles more of a visual “sampling” or a work of recovery that aspires to clarify the image’s status and function. At MAMCO Sturtevant reproduced the staging that Duchamp had designed for the Première Exposition Internationale du Surréalisme in Paris, in 1938, hanging bags of coal from the ceiling above a fire pit. To this were added three more Duchamp copies from the 1938 show, making this project a spectacular reflection on the rites surrounding current museum display techniques.