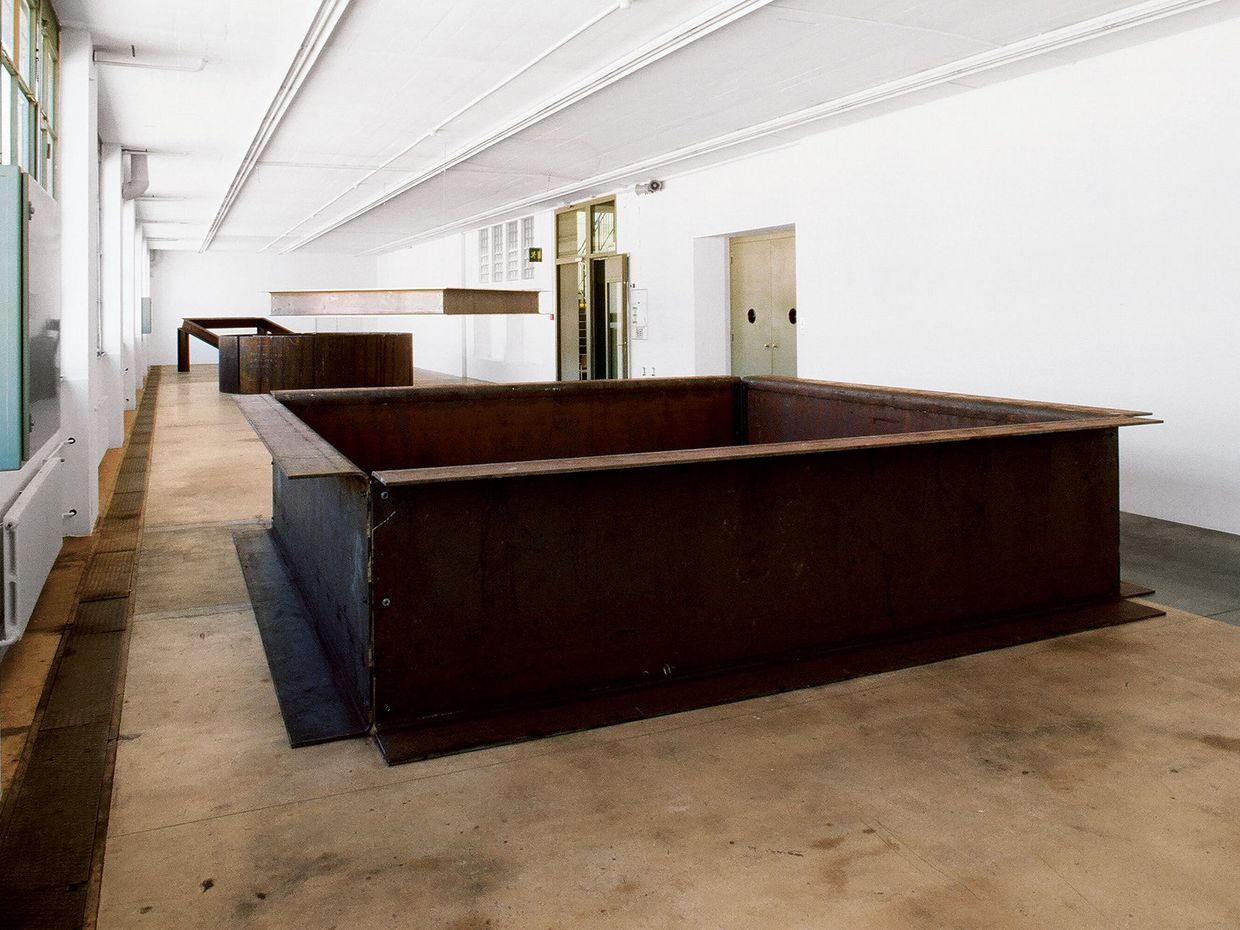 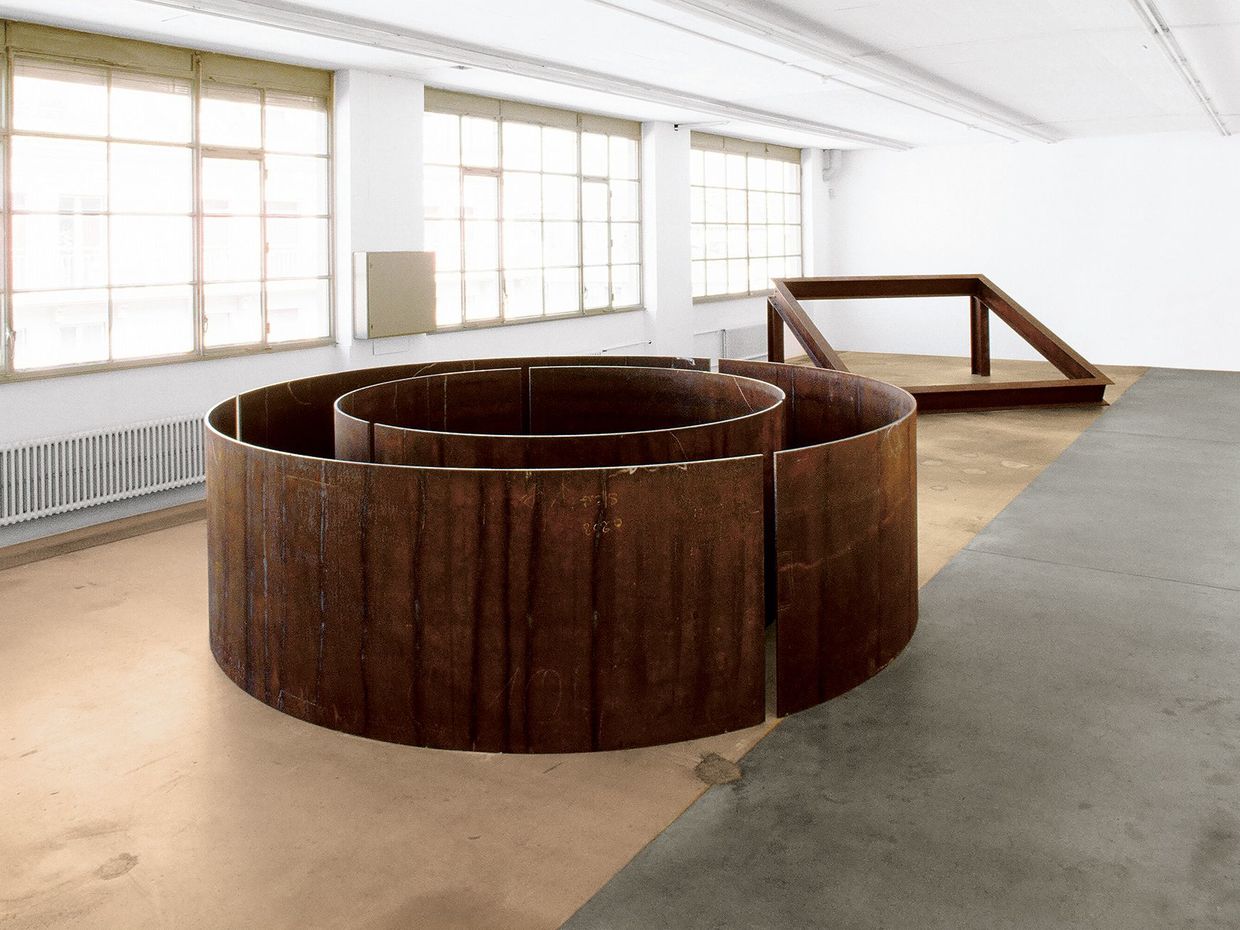 For his exhibition on the third floor, Robert Morris (1931, Kansas City) chose four recent sculptures that had been conceived in the late 1960s. By the late 1990s he had begun to question Minimalism, of which he had been one of the first proponents. He replaced the neutral idealism of his initial works with imposing structures which made no attempt to hide their industrial origins. All the processes involved in shaping the pieces are visible, becoming part of their aesthetic. While the relationship to the body remains dominant, in these sculptures it is tempered by attention to the creative process. Two terra-­cotta Crucibles in a second room elucidated the ceaseless changes Morris has been making to his work since the 1970s. These forms were filled with an impenetrable mass of glass, like ice that has shattered due to unknown pressures.