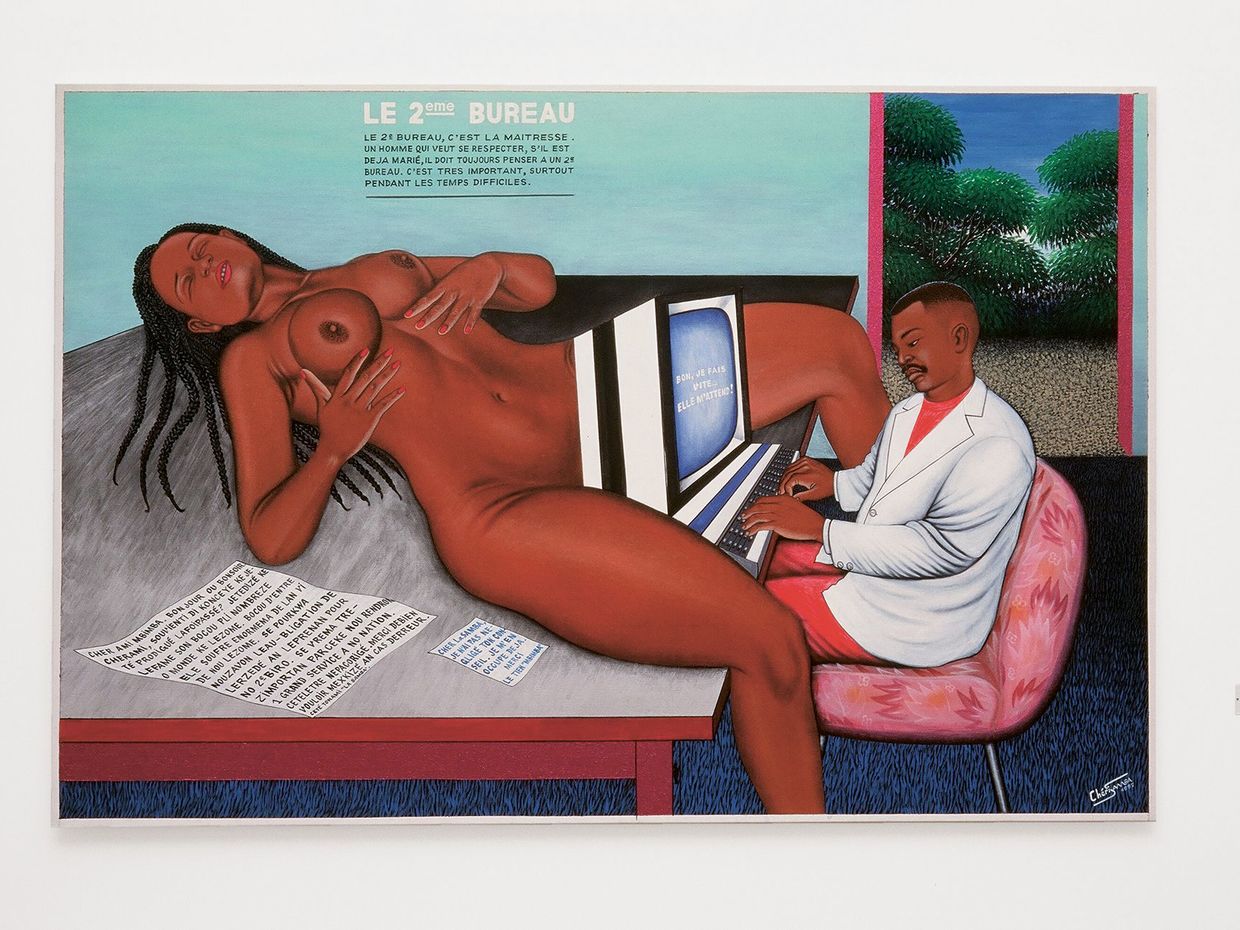 Six paintings by the Congolese painter Samba wa Mbimba, a.k.a. Chéri Samba (1956, Kinto M’Vuila), were exhibited in one room. Samba began as a sign painter and comic book illustrator in Kinshasa. In 1975 he started to paint scenes on sacking cloth describing the local mores. Using speech bubbles in French, English, or Lingala, he would often use humor and a narrative style to comment on the social and economic inequalities faced by his contemporaries. With his palette of bright colors, he reappropriated the stereotypes that modern Western society applies to African identities, and he cast a critical eye on both postcolonial relationships and the society to which he belongs. He became successful on the international art market in the late 1980s. As a result, the question of the artist’s role and how he negotiates or compromises his principles for financial success has become an increasingly common theme in Samba’s work.